Last night we reported the shocking news that none other than “China’s Carl Icahn” (or its “Warren Buffett” depending on the news source), Xu Xiang – who has ranked China’s 188th richest man with $2.2 billion in net worth according to the Hurun rich list – had been arrested in what was the latest crackdown against “malicious short sellers”, with Bloomberg adding that Shanghai police raided hedge fund Zexi Investment on Sunday, taking away computers and other materials, “in the latest attempt by Chinese authorities to crack down on strategies blamed for exacerbating a $5 trillion stock-market rout.” 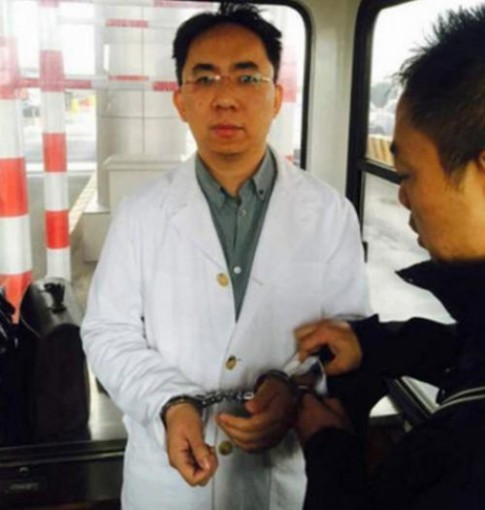 According to the FT, Xiang “was the the leading light of the “Limit-up Kamikaze Squad”, a group of hedge fund managers known for their fearless speculation.”

He was “captain” of the loose collection of fund managers centred on the coastal city of Ningbo in eastern Zhejiang province who are known for pushing favoured stocks up by the 10 per cent daily limit on Chinese exchanges.

To be sure the hedge fund’s stunning returns which saw 4 of its 5 funds return over 60% during the June to August Shanghai Composite rout, only added to the “case” against Chinese shorters in what will likely be the first of many such crackdowns against anyone who disobeys the market’s primary directive of only going higher. 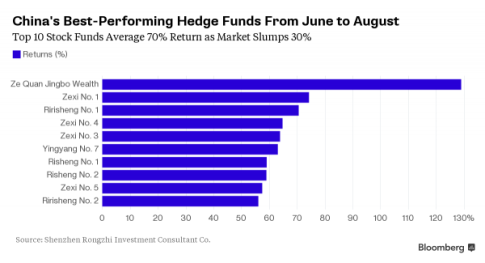 There was an even more dramatic interlude in the news when Chinese media first reported, then retracted that an associated of Xiang’s, Wu Shuang “tried to resist escape, and was shot by police on the spot.”

But while the fate of both Zexi, and its various founders remains in limbo, just as notable is that while the US regulators dither, China has already launched its crackdown against High Frequency Traders.

As the raid of Zexi’s office was taking place, Shanghai police also arrested 3 suspects as they cracked a case of stock futures price manipulation involving over 11.3 billion yuan (US$1.8 billion), police said yesterday in a statement.

According to Shanghai Daily, Yishidun, a commercial company registered in Jiangsu Province’s Zhangjiagang City in 2012, was found to use an illegal stock futures trading software to destabilize the market and profit from volatility.

In other words, Yishidun was a high-frequency trader doing precisely what HFTs do not only in China but around the entire world: recall that none other than HFT poster child Virtu boasted that on the day of the August 24 HFT/ETF clash crash it had “one of its most profitable days in history.”

Reuters adds that “the firm allegedly used software to buy up to 31 futures contracts in one second, said Xinhua, adding from early June to early July it made a net profit of over 500 million yuan.”

The software uses complex algorithms to analyze the markets and are able to spot emerging trends in a fraction of a second. By essentially anticipating and beating the trends to the market place, institutions that implement high frequency trading can gain favorable returns on trades they make by essence of their bid-ask spread, resulting in significant profits.

The firm made 8,110 deals with 11.3 billion yuan in turnover, and made a total profit of 2 billion yuan since 2012. It made a profit of 500 million yuan from the Chinese stock market rout in June and July.

Based on their names, it would appear that the founders of the HFT firm were Russian, Georgy Zarya and Anton Murashov. The duo urged general manager Gao Yan to borrow 31 individual and corporate accounts to trade stock futures with nearly 7 million yuan capital.

As instructed by Zarya, Gao also sent over 1 million yuan to Jin Wenxian, a technical supervisor with a futures company who helped Yishidun cover up the transactions while using the software undetected by authorities and transferring funds, the statement said. While Gao, Jin and Liang Ze, another senior executive of Yishidun, have been arrested, the case is still under investigation.

However, the actual arrests of established, household name investors and now, high frequency traders, is a new development, and reminds us of what we said over a year ago, namely that when the market is going up and HFTs are assisting the creation of upward price momentum, everyone is happy. However, the moment a market crashes, there is no easier target than a bunch of math PhDs.

This has already happened in China. It will happen in the US once central bankers can no longer halt the next market crash which they themselves have guaranteed with 606 rate cuts and $13 trillion in liquidity injections.