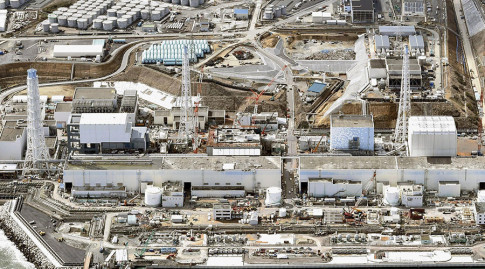 – Record radiation at Fukushima power plant could kill person in under 1 hour – reports:

Deadly radiation levels of up to 9.4 Sieverts per hour have been recorded at the Fukushima Daiichi nuclear power plant – enough to kill a person in less than an hour if directly exposed, local media reports.

The mortal radiation reading was taken in a small room, using a remote-controlled robot, where a pipe leads to the containment vessel of the No. 2 reactor at the Fukushima No. 1 nuclear power plant, JIJI Press reported, citing Tokyo Electric Power Co (TEPCO).

The reading of 9.4 sieverts (Sv) per hour was taken during the September 4-25 checks. According to the operator, the highest levels of contamination were measured on the floor. TEPCO did not offer any further details. The company will start the decontamination process that it hopes to complete by December.

Immediate radiation exposure around the Fukushima nuclear power following the deadly incident reached 400 millisieverts (mSv) per hour in places. One millisievert is a thousandth of a sievert, therefore the new 9.4 Sv reading is 23.5 times higher than the radiation level recorded in March, 2011.

Just to compare, the typical average dose for a person is about 0.0036 Sv. per year. Combined career exposure limits for NASA‘s male astronauts by the time they are 55 years old is 4.00 Sv.

Earlier this week, a government commissioned study, said that nearly 40 percent of those involved in the emergency assistance operation at the Fukushima plant in March 2011 suffered radiation exposure exceeding the yearly public norm.

A magnitude 9 earthquake triggered a tsunami that struck Fukushima on March 11, 2011. The disaster caused a triple meltdown at the nuclear plant, where so far almost 45,000 workers have been involved in a clean-up and decommissioning effort that is expected to cost billions of dollars and take about 40 years.