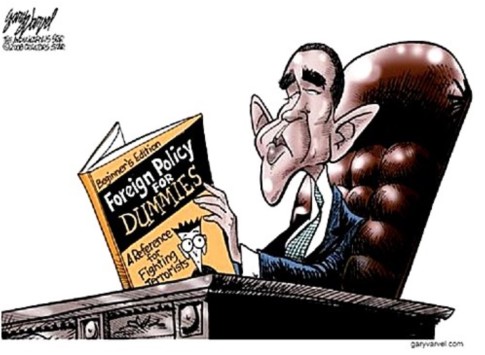 The following was reported by Reuters earlier today.

The United States will deploy dozens of special operations forces to northern Syria to advise opposition forces in their fight against Islamic State, a major policy shift for President Barack Obama and a step he has long resisted to avoid getting dragged into another war in the Middle East.

Announcing the measure on Friday, the White House said the troops would be on a mission to “train, advise and assist” and would number fewer than 50. Spokesman Josh Earnest declined to give details about their exact role.

The decision by Obama, deeply averse to committing troops to unpopular wars in the Middle East, would mark the first sustained U.S. troop presence in Syria and raise the risk of American casualties, although U.S. officials stressed the forces were not meant to engage in front-line combat.

Earnest said the special operations mission in Syria was open ended and did not rule out the possibility of sending additional special forces troops into Iraq.

Given this new “strategy,” if we can even call it that, I thought it’d be useful to share with readers the 16 times Obama has publicly promised over the last couple of years to not send ground forces into Syria.

WASHINGTON — Since 2013, President Obama has repeatedly vowed that there would be no “boots on the ground” in Syria.

But White House press secretary Josh Earnest said the president’s decision Friday to send up to 50 special forces troops to Syria doesn’t change the fundamental strategy: “This is an important thing for the American people to understand. These forces do not have a combat mission.”

Of course, I’m sure they’re just planning to hand out Halloween candy.

Now here are the 16 times Obama promised this wouldn’t happen.

Poor choice of words. As you will recall from earlier in the post, Josh Earnest specially said today that  “the special operations mission in Syria was open ended.”

“After careful deliberation, I have decided that the United States should take military action against Syrian regime targets. This would not be an open-ended intervention. We would not put boots on the ground.

There’s that “open-ended” promise again, which was utterly shattered today.

“So the key point that I want to emphasize to the American people: The military plan that has been developed by our Joint Chiefs — and that I believe is appropriate — is proportional. It is limited. It does not involve boots on the ground. This is not Iraq, and this is not Afghanistan.”

“I think America recognizes that, as difficult as it is to take any military action — even one as limited as we’re talking about, even one without boots on the ground…

“The question for the American people is, is that responsibility that we’ll be willing to bear? And I believe that when you have a limited, proportional strike like this — not Iraq, not putting boots on the ground; not some long, drawn-out affair…

Whoops. Today we were told American intervention would be, in fact, “open ended.”

“What we’re not talking about is an open-ended intervention. This would not be another Iraq or Afghanistan. There would be no American boots on the ground.

“Tomorrow I’ll speak to the American people. I’ll explain this is not Iraq; this is not Afghanistan; this is not even Libya. We’re not talking about — not boots on the ground…

Well assuming that you didn’t plan on Iraq, Afghanistan and Libya turning out the way they did, why would anyone expect Syria to be any less of a total disaster?

“What I’m going to try to propose is that we have a very specific objective, a very narrow military option, and one that will not lead into some large-scale invasion of Syria or involvement or boots on the ground; nothing like that. This isn’t like Iraq. It’s not like Afghanistan. It’s not even like Libya…

“Many of you have asked, won’t this put us on a slippery slope to another war? One man wrote to me that we are ‘still recovering from our involvement in Iraq.’ A veteran put it more bluntly: ‘This nation is sick and tired of war.’ My answer is simple: I will not put American boots on the ground in Syria

But you’re doing it anyway. After all, you do have a Nobel Peace Prize award to defend.

“With respect to the situation on the ground in Syria, we will not be placing U.S. ground troops to try to control the areas that are part of the conflict inside of Syria. I don’t think that’s necessary for us to accomplish our goal…

“(You) cannot, over the long term or even the medium term, deal with this problem by having the United States serially occupy various countries all around the Middle East. We don’t have the resources. It puts enormous strains on our military. And at some point, we leave. And then things blow up again. So we’ve got to have a more sustainable strategy, which means the boots on the ground have to be Iraqi. And and in Syria, the boots on the ground have to be Syrian…The notion that the United States should be putting boots on the ground, I think would be a profound mistake. And I want to be very clear and very explicit about that.”

“I want the American people to understand how this effort will be different from the wars in Iraq and Afghanistan. It will not involve American combat troops fighting on foreign soil…

“Yes, there are always circumstances in which the United States might need to deploy U.S. ground troops. If we discovered that ISIL had gotten possession of a nuclear weapon, and we had to run an operation to get it out of their hands, then, yes, you can anticipate that not only would Chairman Dempsey recommend me sending U.S. ground troops to get that weapon out of their hands, but I would order it. So the question just ends up being, what are those circumstances? I’m not going speculate on those…

No need to speculate Mr. President, we have our answer. There are two things which would lead to American ground troops in Syria.

1) ISIS getting a hold of nuclear weapons.
2) Being embarrassed on the world stage by Putin.

“The resolution we’ve submitted today does not call for the deployment of U.S. ground combat forces to Iraq or Syria. It is not the authorization of another ground war, like Afghanistan or Iraq. … As I’ve said before, I’m convinced that the United States should not get dragged back into another prolonged ground war in the Middle East…

And I’m convinced we will be.

“There are no current plans to do so. That’s not something that we currently discussed. I’ve always said that I’m going to do what’s necessary to protect the homeland. One of the principles that we all agree on, though, and I pressed folks pretty hard because in these conversations with my military advisers I want to make sure I’m getting blunt and unadulterated, uncensored advice…It is not enough for us to simply send in American troops to temporarily set back organizations like ISIL, but to then, as soon as we leave, see that void filled once again with extremists.

As disturbing as all of this is, the American public should be used to it by now. For six and a half years, every world out of Barack Obama’s mouth has either been a blatant lie, or a carefully crafted deception.

Just another day in the… 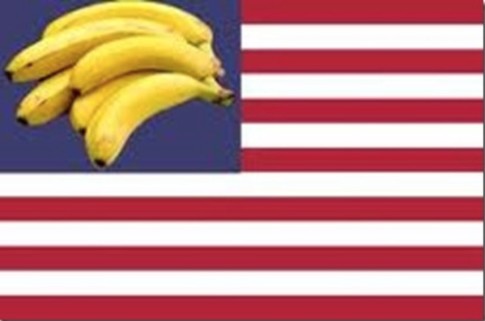 Obama’s ISIS War is Not Only Illegal, it Makes George W. Bush Look Like a Constitutional Scholar

Further Details Emerge on the Epic U.S. Foreign Policy Disaster that is Syria