– Obama Set To Announce US Boots On The Ground In Syria, Russia Threatens Deployment “Unacceptable”:

When the US media began airing helmet cam footage of Delta Force executing a prison break at an ISIS compound last week we suggested that Washington was making an effort to prepare the American public for more boots on the ground in Iraq and the possibility of ground troops in Syria.

The catalyst: Russia and Iran. Put simply, the US has been embarrassed by Moscow and Tehran’s coordinated effort to rout the Sunni extremists backed by Riyadh, Doha, and Ankara operating in Iraq and Syria and now, as Baghdad and Kabul threaten to turn to The Kremlin for help in the face of American ineptitude, the Pentagon is desperate to show that the US can still be effective at fighting terrorism.

So while John Kerry wanders around (hopefully not on a bike) in Vienna in a futile effort to get Saudi Arabia and Turkey to sit at the same table and talk rationally with Russia and Iran, the US military is contemplating how to insert itself into the battle without sparking a world war.

For its part, Baghdad has informed the Western media that it neither wants nor needs US help fighting ISIS (that’s what all the Iran-backed militias are for) and so instead, The White House may be on the verge of sending spec ops to Syria.

The United States will send 20 to 30 special operations forces to Syria to serve as military advisers in the fight against Islamic State, a U.S. official said.

The additional U.S. troops will operate in a limited “advise and assist” capacity, without changing President Barack Obama’s overall mission to combat the militant group, a separate U.S. official said.

Of course the entire idea of “advise and assist” is a joke in the first place. Here’s WaPo:

Depicting the U.S. mission in Iraq became an even more delicate activity last week after a joint raid in the Iraqi city of Hawijah, which freed about 70 Islamic State hostages and left a U.S. Delta Force soldier dead. The death of Master Sgt. Joshua L. Wheeler was the first time a U.S. servicemember had been killed in a firefight there since U.S. troops returned to Iraq last year.

Briefing reporters hours after the raid took place,  Pentagon press secretary Peter Cook said that “U.S. forces are not in a combat role in Iraq.” He said a team of elite U.S. soldiers had provided transport and support for the Iraqi Kurdish commandos. But the Americans were not intending to take part in the raid itself, he said. That changed when a firefight erupted and Wheeler jumped in to help. Later that day, Cook said that Wheeler’s death was the first combat casualty there since 2011.

On Monday, asked about operations in Iraq, White House press secretary Josh Earnest declined to characterize the operations there as combat. He said the “train, advise and assist” mission differed from “the long-term, sustained ground combat operations” that took place after the 2003 invasion. Over 160,000 U.S. troops were stationed in Iraq at the peak of that war.

But on Wednesday, Col. Steve Warren, a U.S. military spokesman in Baghdad, described the mission in blunt terms. “We’re in combat,” he said, speaking via video feed to reporters at the Pentagon. “That’s why we all carry guns.  That’s why we all get combat patches when we leave here. That’s why we all receive imminent danger pay. So, of course it’s combat.”

This comes just hours after Moscow reminded the world that if you haven’t received an official invitation from Bashar al-Assad, you are not welcome to come to the party. Here’s Reuters, citing Tass:

Russia’s deputy foreign minister Sergei Ryabkov said on Friday that no country could use military force in Syria without first securing the agreement of the Syrian government, the TASS news agency reported.

TASS said Ryabkov was responding to a question about the prospect of the United States launching a ground operation in Syria.

“The question of using military force in any form without the agreement of Damascus is for us unacceptable,” it quoted him as saying.

Make no mistake, this will be a disaster.

If US spec ops are placed with the YPG, it will run afoul of Washington’s coordination with Turkey just two days before an election that revolves around Erdogan’s attempt to paint the Kurds as a threat to national security.

If the Pentagon embeds US troops with the Free Syrian Army, well then they’ll be engaging Hezbollah and the Quds directly.

Of course no matter where Obama decides to place the troops, they’ll be at risk of getting hit by Russian airstrikes and the consequences of that speak for themselves… 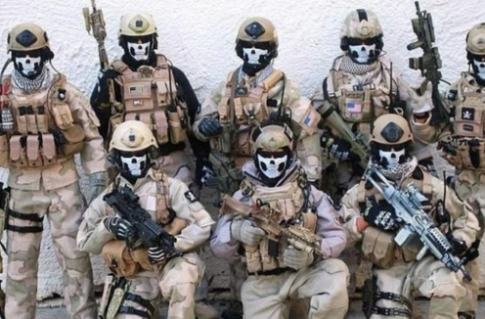 2 thoughts on “Obama Set To Announce US Boots On The Ground In Syria, Russia Threatens Deployment “Unacceptable””