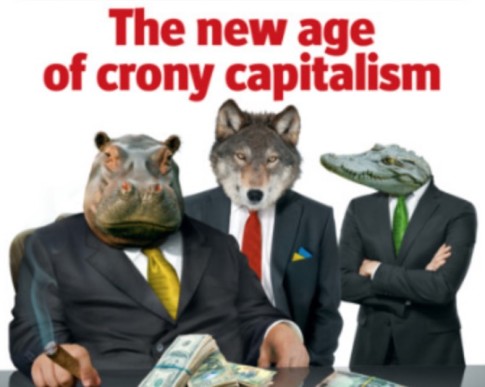 The following speaks for itself.

The retirement assets of 100 Fortune 500 CEOs are worth more than the entire nest eggs of 41% of American families, a new study shows.

That means the 100 largest CEO retirement accounts—which totaled $4.9 billion last year—would equal the total saved by 50 million U.S. families, according to a report that was jointly published by the Institute for Policy Studies and the Center for Effective Government.

Now here’s the truly egregious part of all this…

“The CEOs’ extraordinary nest eggs are not the result of extraordinary performance,” said Scott Klinger, director of Revenue and Spending Policies at the Center for Effective Government, in a statement. “They are the result of rules intentionally tipped to reward those already on the highest rungs of the ladder.”

In fact, CEOs will quite often still receive enormous payouts even after wrecking their own companies, or engaging in highly questionable, if not criminal, behavior. Here are a coupled of recent examples:

And let’s not forget the golden parachute received by Presidential candidate Carly Fiorina after cratering Hewlett Packard. See: Carly Fiorina’s Business Record Is At Least As Bad As Donald Trump’s.