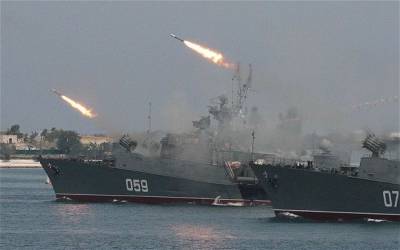 A remarkably candid analysis by U.S. Navy Commander Garrett I. Campbell  (also a fellow at the Brookings Institution) concludes that not only has Russia’s military shown incredible competency in Syria, it has also done more with less — using “outdated” naval vessels to fire state-of-the-art cruise missiles with no western equivalent, for example. Some highlights from his article:

Russia’s Air Power Is Nothing to Sneeze At

The Russians are flying a significant number of sorties with recognizable successes. Current estimates range from 48 to 96 daily. This is a lot…

Can Russia sustain this level of air campaign? Maybe. Almost none of our NATO allies could match what Russia has done so far in the skies.

Russia Does More With Less

Russia’s navy has been called “more rust than ready.” But Russia is, impressively, retrofitting older vessels and procuring newer ones. And the navy has unveiled a significant capability: Its Caspian Sea corvettes and frigates can fire cruise missiles at targets over 900 miles away. This is a previously unknown capability.

To put things in perspective, the two variants of the US Littoral Combat Ship, Freedom and Independence, are substantially larger at roughly 2,900 tons and 3,100 tons, respectively — but they do not possess any cruise missile or similar power-projection capability.

Campbell ends his analysis with a stern warning to his fellow NATO brass and western think tank goons:

Many assessments of what the Russian military can and cannot do have been inaccurate. This isn’t just problematic for facts’ sake. More troubling, it risks skewing our assessment of how far Moscow will go in its Syrian intervention.

When Western analysts — and, in turn, Western leaders — seek to discredit Russian military capabilities, Moscow will likely continue to take the opportunity to prove them wrong.