“Anyone else found to have obtained at least “35 confidential documents” from the Fed on at least “20 occassions” would be sent straight to jail with a prison sentence anywhere between several decades and life.  Goldman’s punishment? 0.6% of its 2014 Net Income.” 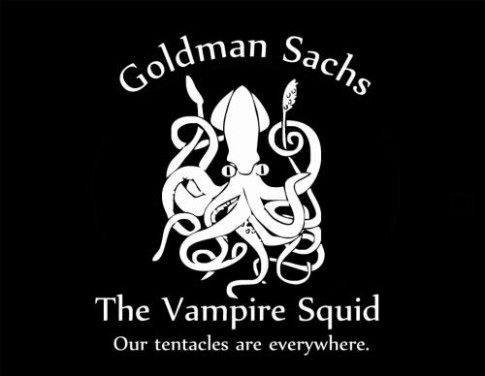 Two days ago we reported that the saga of Rohit Bansal, Goldman’s “leaker” at the Fed is coming to a close with the announcement of a criminal case filed against Goldman’s deep throat who had previously spent 7 years at the NY Fed, and was about to spend some time in prison, and who had been providing Goldman with confidential information sourced from his contact at the NY Fed for months, as a result of which Goldman would be charged a penalty.

Goldman Sachs would also admit that a Goldman employee engaged in the criminal theft of Department confidential supervisory information; Goldman Sachs management failed to effectively supervise its employee to prevent this theft from occurring; and Goldman failed to implement and maintain adequate policies and procedures relating to post-employment restrictions for former government employees.

Below are the unbelievable, details of just how Goldman was getting material information from the NY Fed, from the FDS:

On July 21, 2014, an individual began work at Goldman, Sachs & Co. as an Associate in the Financial Institutions Group (“FIG”) of the Investment Banking Division (“IBD”). The Associate reported to a Managing Director and a Partner at Goldman.

Prior to his employment at Goldman, from approximately August 2007 to March 2014, the Associate was a bank examiner at the U.S. Federal Reserve Bank of New York (“the New York Fed”). His most recent position at the New York Fed was as the Central Point of Contact (“CPC”) – the primary supervisory contact for a particular financial institution – for an entity regulated by the Department (the “Regulated Entity”).

In March 2014, the Associate was required to resign from his position at the New York Fed for, among other reasons, taking his work blackberry overseas without obtaining prior authorization to do so and for attempting to falsify records to make it look like he had obtained such authorization, and for engaging in unauthorized communications with the Federal Reserve Board.

The Associate was hired in large part for the regulatory experience and knowledge he had gained while working at the New York Fed. Prior to hiring him, the Partner and other senior personnel interviewed and called the Associate several times, and the Partner took him out to lunch and dinner.

Accordingly, the Associate inquired with the New York Fed Ethics Office and was given a “Notice of Post-Employment Restriction,” which he completed and signed with respect to his supervisory work for the Regulated Entity. The Associate provided this form to Goldman. This Notice of Post-Employment Restriction read that the Associate was prohibited “from knowingly accepting compensation as an employee, officer, director, or consultant from [the Regulated Entity]” until February 1, 2015.

On May 14, 2014, the Associate forwarded this notice of restriction to the Partner, the Managing Director, and an attorney in Goldman’s Legal Department. In his email, the Associate also included guidance from the New York Fed, stating, in short, that a person falls under the post-employment restriction if that person “directly works on matters for, or on behalf of,” the relevant financial institution.

Despite receiving this notice and guidance, Goldman placed the Associate on Regulated Entity matters from the outset of his employment. As further detailed below, the Associate also schemed to steal confidential regulatory and government documents related to that same Regulated Entity in advising that client.

On numerous occasions, the Associate provided this confidential information to various senior personnel at Goldman, including the Partner and the Managing Director, as well as a Vice President and another associate who perform quantitative analysis for Goldman. In several instances where the Associate forwarded confidential information to other Goldman personnel, the Associate wrote in the body of the email that the documents were highly confidential or directed the recipients, “Please don’t distribute.” At least nine documents that the Associate provided to Goldman constituted confidential supervisory information under New York Banking Law § 36(10). Pursuant to the statute, such confidential supervisory information shall not be disclosed unless authorized by the Department. The documents included draft and final versions of memoranda regarding and examinations of the Regulated Entity, as well as correspondence related to those examinations.

On August 18, 2014, the Associate shared three documents pertaining to enterprise risk management with the Managing Director, writing, “Below is the ERM request list, work program and assessment framework we used for ERM targets. Again this is highly confidential as its not public and has not been issued a[s] guidance yet. Not sure where it is at anymore due to internal politics. I worked on this framework and guidance within the context of a system working group with the Fed system. We ran several pilots to test it was well. Please don’t distribute.” The Managing Director replied, “I won’t. Will review on plane tomorrow to DC.” The documents were marked as “Internal-FR” or “Restricted-FR.”

On August 16, 2014, the Associate emailed the Managing Director regarding the regulators’ perspective on the Regulated Entity’s forthcoming examination rating, writing “You need to speak to [the CEO of the Regulated Entity] about scheduling a meeting with all 3 agencies ASAP. He needs to meet with them and display and discuss all the improvements and corrections they have made during the last examination cycle.”

On September 23, 2014, the Associate attended the birthday dinner of the New York Fed Employee at Peter Luger Steakhouse, along with several other New York Fed employees. Immediately after the dinner, the Associate emailed the Managing Director, divulging confidential information concerning the Regulated Entity, specifically, the relevant component of the upcoming examination rating. The Associate wrote, “…the exit meeting is tomorrow and looks like no [change] to the [relevant] rating. I heard there won’t be any split rating… [The Regulated Entity] should have listened to you with the advice…hopefully [the CEO] will now know you didn’t have phony info.”

In this email, the Associate also provided advice to relay to the Regulated Entity’s management, stating that they should “keep their cool, not get defensive and not say too much unless the regulators have a blatant fact wrong” as it “will go off better for them in the long run. Believe it or not the regulator’s [sic] look for reaction and level of mgmt respectiveness [sic] during these exit meetings.” The Managing Director replied “Let’s discuss . . . I’m seeing [the CEO of the Regulated Entity] tmw afternoon alone.”

Later that night, the Associate followed up with another email to the Managing Director, writing, “I feel awful not being there to wrap up 2013. I would have been able to pull all this through. I was a real advocate for all the work they have done.” He also offered to join a meeting with the CEO of the Regulated Entity if the Managing Director wanted.

On September 26, 2014, Goldman had an internal call regarding the calculation of certain asset ratios, during which there was disagreement over the appropriate method. During the call, the Associate circulated an internal New York Fed document – which the Associate had recently obtained from the New York Fed Employee – relating to the calculation, to the call participants, writing, “Pls keep confidential?” Following the group call, the Partner called the Associate to discuss the document, including where he had obtained it, and the Associate told him that he had obtained it from the New York Fed. The Partner then called the Global Head of IBD Compliance to report the matter and forwarded the document.

Compliance Failures, Failure to Supervise and Violation of Internal Policies

As noted above, the Associate also violated Goldman’s internal policy on “Use of Materials from Previous Employers,” which states that work that personnel have done for previous employers, and confidential information gained while working there, should not be brought into Goldman or used or disclosed to others at Goldman without the express permission of the previous employer.

The Managing Director is safe, as are all other Goldman employees: nobody aside for Bansal who was merely trying to impress his superiors, has anything to worry about.

Anyone else found to have obtained at least “35 confidential documents” from the Fed on at least “20 occassions” would be sent straight to jail with a prison sentence anywhere between several decades and life.