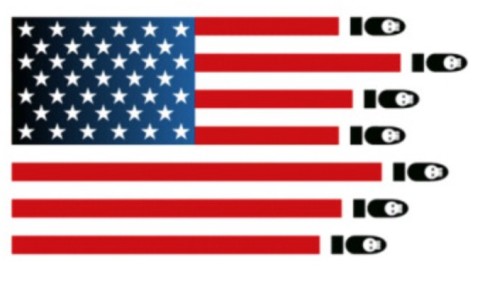 If you’re the U.S. military and you killed 22 people while intentionally bombing a Doctors Without Border hospital in Afghanistan, what do you do next?

First, you deny all requests for an independent investigation. Check.

Second, you go to the scene of the war crime and destroy evidence. Check mate.

A U.S. tank “destroyed potential evidence” by forcing its way onto the ruined site of a hospital bombed by American forces in Afghanistan, the charity said.

Doctors Without Borders, which ran the facility in Kunduz, said the tank’s “unannounced and forced entry” through the gates had also frightened staff and damaged property.

The allegations came almost two weeks after a U.S. AC-130 gunship bombed the compound, killing at least 22 people including 12 members of staff.

After the U.S. gave shifting explanations for the incident — which MSF has called a war crime — President Barack Obama apologized to the charity last week. The U.S. and Afghan governments have launched three separate investigations but MSF is calling for an international inquiry.

The tank forced its way through the closed main gate of the bombed-out compound at 1:30 p.m. on Thursday (5 a.m. ET), according to the charity. MSF has since pulled out of the derelict site, but said one of its teams arrived earlier on Thursday to visit the crumbling building.

It said the tank’s “intrusion” contravened an agreement between MSF and the joint investigation team that the charity would be “given notice before each step of the procedure involving the organization’s personnel and assets.”

It added: “Their unannounced and forced entry damaged property, destroyed potential evidence and caused stress and fear for the MSF team.” 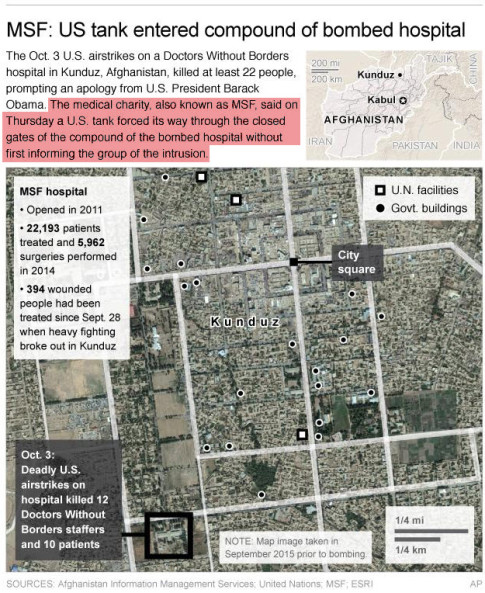 So I guess now we know why Obama recently announced that he would be halting a planned troop withdrawal from Afghanistan.