– Why you should NEVER get a flu shot: Nurse licensed by the New Jersey Board of Nursing uses same dirty syringe to vaccinate 70 people in a row… WOW:

Add this to your list of smart reasons to avoid all flu shots forever. A New Jersey nurse licensed by the New Jersey Board of Nurses was caught using the same dirty syringe to vaccinate 70 people in a row, reports NBC 10 News.

In other words, this flu shot practice just spread disease across the population and may have infected dozens of people with HIV, hepatitis or hundreds of other blood-borne diseases.

“Employees at Otsuka Pharmaceutical, who received the vaccination at their offices in Princeton, New Jersey on September 30, have been warned they may have been exposed to ‘infected blood.’ Almost 70 patients have now been called in for testing but face a long, anxious wait as it can be months before serious infections such as HIV show up in blood work,” reports the Daily Mail.

Beyond screwing up the whole “use a clean syringe” principle which is Nursing 101, this same nurse also messed up the flu shot doses, injecting less than what’s recommended by the flu shot manufacturers.

So now — get this — the same people who were just exposed to the possibility of HIV and hundreds of other diseases by a flu shot are now being told, “You need to get ANOTHER flu shot just to be safe!”

“In addition to reusing the syringes, officials also say the nurse gave a dose of the flu vaccine that was less than recommended. As a result, they advised that the employees get another flu shot,” reports NBC 10 News.

Oh, but it gets even better. The 70 people injected with the same dirty syringe were all employees of a pharmaceutical company called “Otsuka Pharmaceutical.”

And for the icing on the cake, guess what drug this Otsuka Pharmaceutical company manufacturers? A drug for the mentally deranged! Yep, the company makes a schizophrenia drug called Abilify Maintena, an “extended-release injectable suspension” of mind-altering drugs.

Maybe they should all inject themselves now with their own pharmaceutical, as anyone who voluntarily lines up to be injected with a flu shot is mentally deranged to begin with.

How many other flu shots are injected using the same dirty syringes?

The most amazing part of this story, BTW, is that this nurse got caught!

This practice of reusing the same dirty syringes is probably commonplace across America, a country where the sick care system is an absolute disaster, run by totally clueless, sloppy, incompetent doctors and health care workers who are right now killing 2,100 Americans a day with all their medical mistakes.

Oh, and by the way: Flu shots still contain the toxic heavy metal mercury! So even if they use a clean syringe, you’re still getting a micro-lobotomy thanks to all the mercury found in flu shots (50,000 ppb concentration of mercury).

Maybe the CDC should announce that this year’s flu shot comes with a free dose of HIV on the side! Even if the flu shot actually worked — which it doesn’t — is the risk of being injected with mercury, HIV and hepatitis really worth it?

You’d be far smarter to just dose up on vitamin D, zinc, astaxanthin and selenium while avoiding all the toxic chemicals that suppress your immune function. 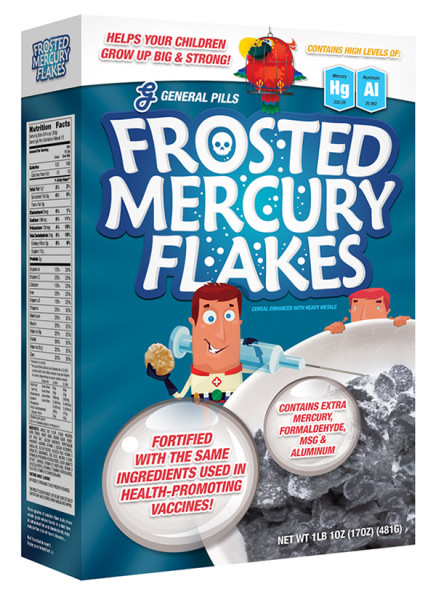 Sources for this article include:
http://www.dailymail.co.uk/news/article-3262…

1 thought on “Why you should NEVER get a flu shot: Nurse licensed by the New Jersey Board of Nursing uses same dirty syringe to vaccinate 70 people in a row… WOW”