According to the broker, it’s the cheapest home on the market in San Francisco, and it’s an unlivable shack.

As Fortune reports, it is a worn-down, decomposing wooden shack that was built in 1906, and the interior is unlivable in its current condition. The San Francisco house is also selling for $350,000.

According to Zillow, $350,000 would comfortably fetch a 1,500-square-foot, three-bedroom home in many smaller cities in the U.S., including Cincinnati, Ohio. 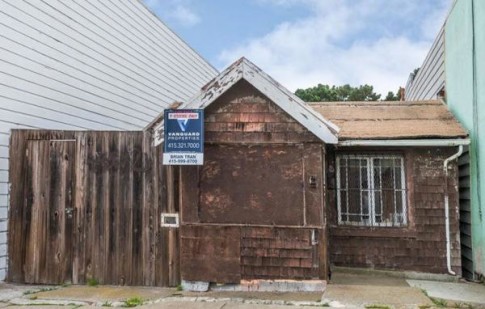 Realtor Alexander Han, would definitely advise against moving in too soon.

“The house still needs a lot of work. I would not recommend anyone moving right in. The bathroom is not functioning. The kitchen needs a bit more work. The flooring has a couple of places that are little bit weaker, and needs to be reinforced.”