“Now here we have a classic example of a total arse-hole.” 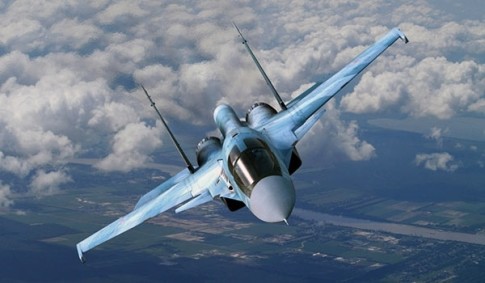 TEHRAN (FNA)- The ISIL Takfiri terrorists are on the run to save their lives after sustaining heavy casualties in the Russian airstrikes in the Syrian governorate of Raqqa, media reports said.

“A large number of foreign ISIL terrorists have fled Raqqa for Iraq after the Russian warplanes pounded their hideouts,” the Arabic-language El-Nashre news website quoted eyewitnesses as saying on Friday.

The report said that many ISIL militants and their families have escaped form Tal a-Saman villages in the Northern parts of Raqqa.

The Syrian air defense command said that the Russian Air Force struck the ISIL-held Tabaqa airbase in Raqqa governorate’s Western territories, destroying the military barracks after two airstrikes above this large military base.

The source said the ISIL terrorists sustained considerable damage as a result of the Russian airstrikes on the Tabaqa airbase.

In addition to their airstrikes inside Tabaqa, the Russian Air Force struck the ISIL positions at the Al-‘Ajrawi Farms; this farm area is located outside of the Tabaqa airbase and used by the terrorist group as a weapons supply depot.

To the east of the Raqqa governorate, the Russian fighter jets continued their airstrikes above the Hasaka governorate, attacking the terrorist group at the cities of Al-Shadadi and Al-Houl, while the Syrian Air Force struck an ISIL convoy along the Deir Ezzur-Hasaka Highway.