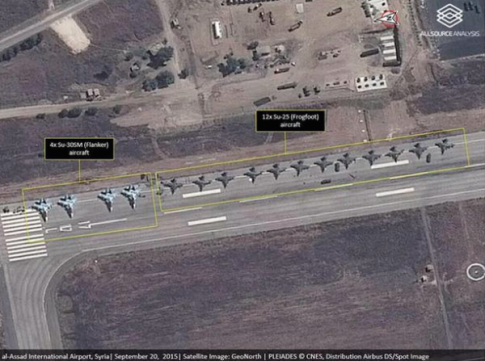 – 2,000 Russian Troops Head To Syria For “First Phase” Of Mission To Support Assad:

With each passing day, The Kremlin seems less and less interested in observing any niceties with regard to how it describes Russia’s military involvement in Syria.

Initially, it seemed likely that Moscow would go the Ukraine route by providing logistical support and lurking behind the scenes while officially denying – or at least downplaying – its role in the conflict. Over the course of the last two weeks, it’s become increasingly clear that Russia now intends to make no secret of its intention not only to stabilize the Assad regime but in fact to turn the tide completely with the provision of advanced weapons and equipment including combat aircraft, tanks, and drones.

The only remaining question was how long it would be before Syrian Foreign Minister Walid al-Moualem made an official request for ground troops, allowing Moscow to abandon all pretense that Russia isn’t officially at war and while we may not have reached that point yet, you can’t very well build a forward operating base and not staff it which is why now, according to FT, Moscow is set to send 2,000 troops to Latakia as part of the mission’s “first phase”. Here’s more:

Russia is to deploy 2,000 military personnel to its new air base near the Syrian port city of Latakia, signalling the scale of Moscow’s involvement in the war-torn country.

The deployment “forms the first phase of the mission there”, according to an adviser on Syria policy in Moscow.

The force will include fighter aircraft crews, engineers and troops to secure the facility, said another person briefed on the matter.

Three western defence officials agreed that the Russian deployment tallied with the numbers needed to establish a forward air base similar to those built by western militaries in Afghanistan.

Here’s more, from The New York Times, on the buildup at Latakia:

The deployment of some of Russia’s most advanced ground attack planes and fighter jets as well as multiple air defense systems at the base near the ancestral home of President Bashar al-Assad appears to leave little doubt about Moscow’s goal to establish a military outpost in the Middle East. The planes are protected by at least two or possibly three SA-22 surface-to-air, antiaircraft systems, and unarmed Predator-like surveillance drones are being used to fly reconnaissance missions.

Russia has military presences near Latakia and in Tartus.Russian Moves in Syria Widen Role in MideastSEPT. 14, 2015

“With competent pilots and with an effective command and control process, the addition of these aircraft could prove very effective depending on the desired objectives for their use,” said David A. Deptula, a retired three-star Air Force general who planned the American air campaigns in 2001 in Afghanistan and in the 1991 Persian Gulf war.

In addition, a total of 15 Russian Hip transport and Hind attack helicopters are also now stationed at the base, doubling the number of those aircraft from last week, the American official said. For use in possible ground attacks, the Russians now also have nine T-90 tanks and more than 500 marines, up from more than 200 last week.

“The equipment and personnel just keep flowing in,” said the American official, who spoke on condition of anonymity to discuss confidential intelligence reports. “They were very busy over the weekend.”

On Monday, the Russian embassy in Damascus came under mortar fire. That attack, Moscow says, did not emanate from ISIS but rather from other anti-Assad forces backed by “external sponsors”:

The Russian foreign ministry said a shell, which landed near its embassy on Sunday but caused no casualties, came from Jobar, which is held by anti-Assad fighters who were not allied with Isis and had “external sponsors”.

“We expect a clear position with regard to this terrorist act from all members of the international community, including regional players,” the ministry said. “This requires not just words but concrete action.”

It added that the fighters’ “foreign sponsors” were responsible for using their influence on “illegal armed formations”.

Clearly, “foreign sponsors” is a reference to Assad’s US-backed regional enemies including the Saudis, Qatar, and Turkey among others and this certainly seems to indicate that the Russians will not be prepared to tolerate attacks on their assets by groups who enjoy the support of the US-backed coalition. Of course quite a few of the groups battling for control of Syria are supported either directly or indirectly by the US and its regional allies which means that even if Russia manages to avoid direct confrontation with the handful of troops the US overtly backs, avoiding confrontations with the troops covertly supported by the US and other state actors will be impossible by definition, as they, just as much as ISIS, are angling for the ouster of Assad.

Meanwhile, the French took the absurdity to a whole new level on Monday when Foreign Minister Laurent Fabius claimed that the country’s plans to begin bombing Syria were born out of concerns for “self defense”. Here’s the quote:

“We received specific intelligence indicating that the resent terrorist attacks against France and other European nations were organized by Daesh [Arabic derogatory term for IS] in Syria. Due to this threat we decided to start reconnaissance flights to have the option for airstrikes, if that would be necessary. This is self-defense.“ 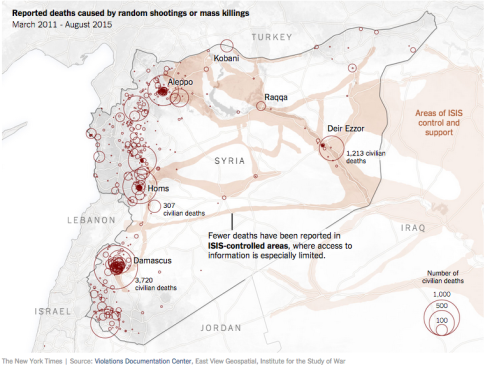