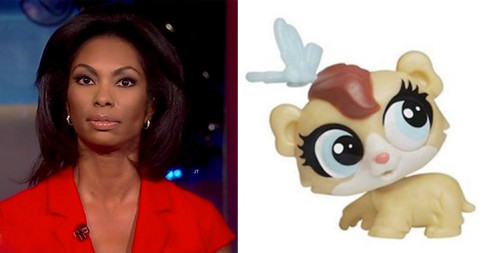 “The silver lining is that if you’ve been in search of information regarding world affairs delivered by a news anchor who also thinks she is a hamster, you need look no further.”

Stop. Take a deep breath…Okay, are you sitting down? What you are about to read is real — far too real. For the sake of humanity, I would love to tell you that the following paragraphs were constructed as satire meant to mock a mainstream mouthpiece who regurgitates a corporate agenda for a living. Sadly, this story isn’t satire.

One topic both the right and left have begun to exceedingly agree upon in recent years is that anchors, pundits, and the various players in “oldstream” media are no more to be trusted than a man adorned with a pencil thin mustache, top hat, flowing cape, and a nagging habit with which to tie genteel damsels up to train tracks. No matter who you think is the most vitriolic newsperson today, when it comes to pure absurdity, one Fox News anchor has recently surpassed the insanity of her colleagues and officially jumped the shark.

Harris Faulkner, co-host of Outnumbered on Fox News and anchor of Fox Report Weekend, is suing toy manufacturer Hasbro for five million dollars because she claims a plastic hamster in the Littlest Pet Shop line they produce infringes on her likeness.

The lawsuit, which was filed in a New Jersey district court, is claiming  Harris has suffered “commercial and emotional damage” over the children’s toy.

The name given to the little canary colored inanimate rodent by Hasbro designers is in fact Harris Faulkner, but that is where the similarities end — at least to anyone with a functioning brain.

As for Faulkner and her legal team, they believe — according to court documents — that the harmless toy bears a “physical resemblance” to the award-winning journalist, specifically its complexion, make-up design, and eye shape.

While no one at the Anti-Media can either confirm or deny that the Fox news anchor is constructed of plastic, she certainly is not yellow with gigantic blue eyes…or a hamster with a butterfly in her hair.

It would also appear that Mrs. Faulkner believes she is the only person on the planet legally allowed to posses her name.

“Harris Faulkner, the uniquely named, acclaimed veteran journalist and author, has worked for decades to establish and maintain her personal brand and laudable professional reputation.”

“(Hasbro) willfully and wrongfully appropriated Faulkner’s unique and valuable name and distinctive persona for its own financial gain,”
they added.

The suit also claims the television host is “extremely distressed” due to the “choking hazard” risk the toy bearing her namesake poses to children.

Hasbro has pulled the toy from its online store, but the product is still available to purchase on variousotherwebsites.

The silver lining is that if you’ve been in search of information regarding world affairs delivered by a news anchor who also thinks she is a hamster, you need look no further.

2 thoughts on “AND NOW: Fox News Anchor Sues For “Emotional Damage” Over Toy She Thinks Looks Like Her”