First of all, the whole “smoothing out of the busines cycle” bit is pure fiction. If anything, attempts to centrally plan the economy are leading to greater and greater boom and bust cycles. Furthermore, denying that QE has exacerbated income inequality is to assert that somehow, inflating the value of a certain set of assets doesn’t by definition widen the gap between the accumulated wealth of the people holding those assets and the people who don’t hold those assets. The St. Louis Fed seems to understand this (incidentally, they also understand that there’s no evidence whatsoever to support the notion that QE increases “healthy” inflation and/or has a demonstrable impact on output) even if Bernanke does not.

If you needed proof of the widening gap between the rich and everyone else (and the attendant rise of class segregation) beyond that presented by the St. Louis Fed study linked above and by the anecdotal evidence that’s readily observable by looking at the prices paid this year for high-end art and mega mansions, look no further than Wall Street, where, thanks to the Fed’s generosity, Lloyd Blankfein is now a billionaire.

Speaking of Goldman Sachs and income inequality, back in April, Hank Paulson and Robert Rubin sat down with Sheryl Sandberg and Tim Geithner at an event hosted by Michael Milken (no less), to discuss a variety of topics. Around a half hour into the discussion, Sandberg asks Paulson about income inequality. Here’s what happens next:

Sandberg: “Yeah, so let’s follow up on a bunch of the things we were [talking about]. Let’s start with income inequality.”

Paulson: “Ok, well.. income inequality. I think this is something we’ve all thought about. You know I was working on that topic when I was still at Goldman Sachs..”

Rubin: “In which direction? You were working on increasing it.”

Paulson then bursts out laughing: “Yeah! We were making it wider!”

Needless to say, in the post-crisis world where the ultra rich fork over $180 million for paintings while everyday Americans struggle even to afford rent in a one-bedroom apartment, this subject is far from funny.

In fact, it’s downright depressing and we mean that in the most literal sense possible because as it turns out, a new study released on Friday by the UK’s Office of National Statistics has proven yet again (see our previous discussion on this) that money does indeed buy happiness.

An individual’s level of personal well-being is strongly related to the level of wealth of the household in which they live. Life satisfaction, sense of worth and happiness are higher, and anxiety less, as the level of household wealth increases. 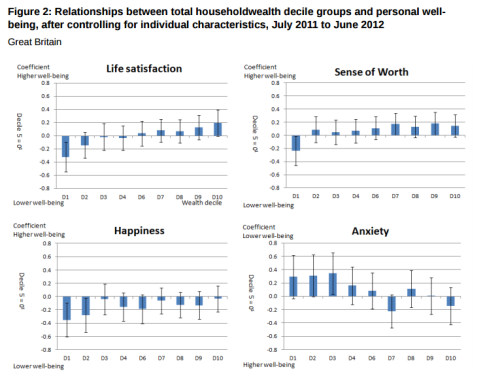 So laugh it up Hank, Bob, and Sheryl. Just remember that history is replete with examples of the types of things that can happen if and when the downtrodden masses finally become fed up with egregious and endemic inequality.

Of course it could be that Paulson is hoping his refuge at Little St. Simons Island (which he bought several years ago), will provide enough of a buffer from the angry peasantry to allow him to keep laughing… 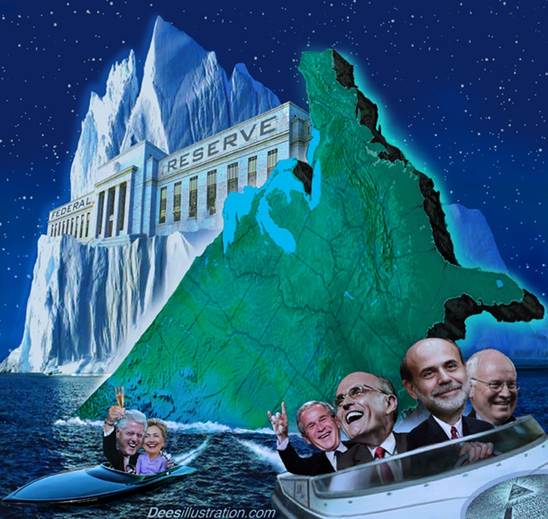 2 thoughts on ““We Made It Wider!” Hank Paulson Bursts Out Laughing When Asked About Wealth Inequality”