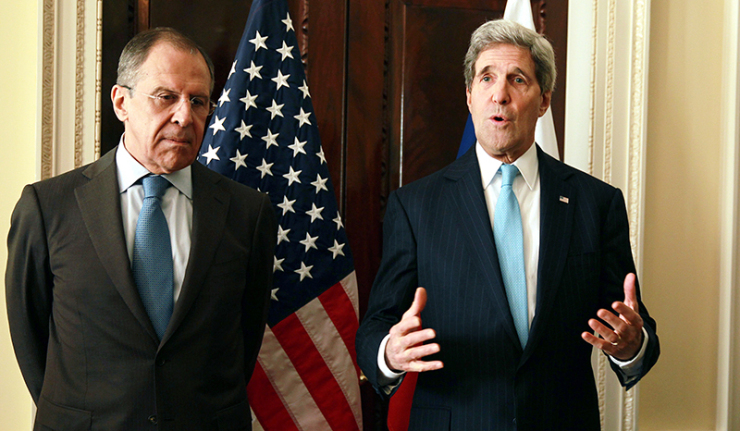 On Friday, Vladimir Putin conceded that the scope of Russian military involvement in Syria is “quite serious.”

In a replay of the Kremlin’s official line regarding Russian involvement in Ukraine, Putin did not admit that his soldiers were on the ground to play a direct combat role.

However, the Russian President’s comments did suggest that Moscow’s logistical and technical assistance goes far beyond the purely “political” cover the Kremlin has granted Assad via Moscow’s Security Council veto. It also suggests that Russia isn’t prepared to accept a Syrian state controlled by a puppet government likely to be sympathetic to Washington and Riyadh.

Of course the official reason for Moscow’s presence in Syria is the same as the Washington’s: they’re both there, ostensibly, to fight ISIS.

For those who still do not understand that ISIS has become, as we put it earlier, “a kind of catch-all, go-to excuse for legitimizing whatever one feels like doing,” the situation in Syria can be extraordinarily confusing. For instance, at least one mainstream media outlet was having quite a difficult time on Saturday trying to understand why the US seems so concerned about Russia’s presence in Syria when both sides are supposed to be after the same thing – that is, defeating terrorism. The reason is because both sides are not in fact after the same thing, and neither of which cares too much about what does or doesn’t happen to ISIS unless the group’s fate somehow matters in determining whether a post-civil war Syria is still governed by Assad. In short, ISIS has played its role. The Assad regime is destabilized and Damascus is up for grabs. From here on out, it’s all about whether a coalition comprised of the US, Turkey, Saudi Arabia, Jordan, and Qatar ends up in a direct military conflict with Russia and the Assad regime. That would be the geopolitical “main event.”

Underscoring the above is the alarm with which Russia’s stepped up presence in Syria has been greeted by Washington. Far from being elated that, amid the worst relations between the US and Russia since the Cold War, the two powers are still on the same page when it comes to combating terrorism, Washington is instead worried that the Kremlin is willing to resort to overt military support to shore up Assad’s depleted forces. As a reminder, here’s what the US claims to know (via LA Times):

US intelligence has captured evidence of a significant escalation of Russia’s military engagement in Syria’s civil war, including satellite images of an apparent Russian base for staging troops and heavy equipment under construction near a port city that is a stronghold for Syrian President Bashar Assad, U.S. officials say.

The reconnaissance photos of possible military housing being built near the international airport in Latakia province provides strong evidence of deepening involvement by President Vladimir Putin’s government in the four-year-old Syrian war, according to the officials, who requested anonymity because they were not authorized to discuss the matter publicly.

In addition, the Russians have asked at least one country bordering Syria for a window of time to fly a detachment of warplanes over its territory and into Syria, the officials said. The officials would not name the country, but Turkey lies between Russia and Syria.

Russian Foreign Minister Sergei Lavrov has been on a diplomatic offensive in recent weeks trying to marshal support for a plan to bring peace to Syria that would include a role for Assad. But those talks with Saudi and other Middle East leaders have failed to win over opponents.

The new military buildup could reflect a recognition by the Russians that with those talks going nowhere, Assad needs more help from them.

“It’s pretty obvious that all the Russian logistics preparation is to do something significant in support of Assad,” said Christopher Harmer, a military analyst at the Institute for the Study of War, a nonpartisan public policy group in Washington. “At this point, it’s too big to be a misdirection.”

“Too big to be a misdirection,” which presumably is why John Kerry jumped on the phone with Lavrov on Saturday. The State Department says “the secretary made clear that if such reports were accurate, these actions could further escalate the conflict, lead to greater loss of innocent life, increase refugee flows and risk confrontation with the anti-ISIL coalition operating in Syria.” 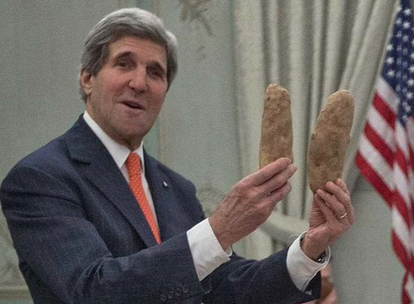 Note that if any of what the State Department says there is true, it’s entirely because John Kerry knows that Russian support will allow the Assad regime to continue to fight for control of the country. That is, if anyone actually believed Russia was there to fight ISIS, then one would think the effect would be to decrease refugee flows and lead to fewer civilian casualties as ISIS’ forces are swiftly defeated. After all, the Soviet experience in Afghanistan notwithstanding, one would certainly think that ISIS isn’t operationally capable of waging an extended ground war against the Russian army (as an aside, it would be ironic – given the Soviet-Afghan war – if the Russians end up mired in a protracted conflict with a CIA-backed group of jihadists). However, what would increase refugee flows, lead to greater civilian casualties, and “further escalate the conflict” is if Russia is simply in Syria to help Assad fight on to the bitter end. In other words, the State Department is tacitly admitting that this has very little (and more likely nothing) to do with ISIS. 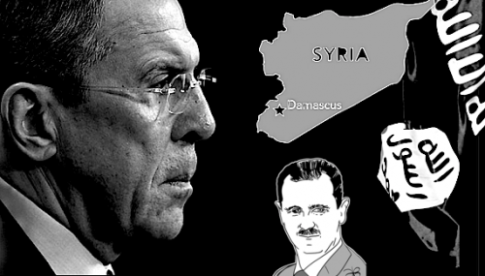 Here’s The New York Times with more on what Washington claims to know about Russia’s involvement thus far:

Russia has sent a military advance team to Syria and is taking other steps the United States fears may signal that President Vladimir V. Putin is planning to vastly expand his military support for President Bashar al-Assad of Syria, administration officials said Friday.

The Russian moves, including the recent transport of prefabricated housing units for hundreds of people to a Syrian airfield and the delivery of a portable air traffic control station there, are another complicating factor in Secretary of State John Kerry’s repeated efforts to enlist Mr. Putin’s support for a diplomatic solution to the bloody conflict in Syria.

The Russians have also filed military overflight requests with neighboring countries through September.

American officials acknowledge that they are not certain of Russia’s intentions, but some say the temporary housing suggests that Russia could deploy as many as 1,000 advisers or other military personnel to the airfield near the Assad family’s ancestral home. The airfield serves Latakia, Syria’s principal port city. 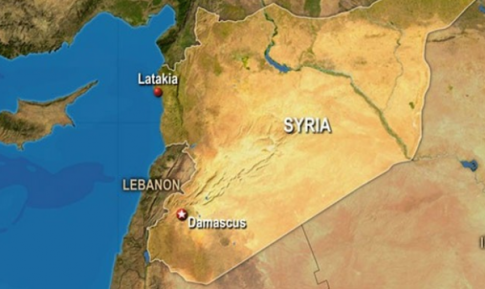 American intelligence analysts are also looking at ship loadings in Russia to determine what might be bound for Syria, and one official speculated that the Russian deployment might eventually grow to 2,000 to 3,000 personnel.

“There are some worrisome movements — logistical, preparatory types of things.”

Yes, “preparatory types of things” – the million dollar geopolitical question is this: what exactly are they preparing for?