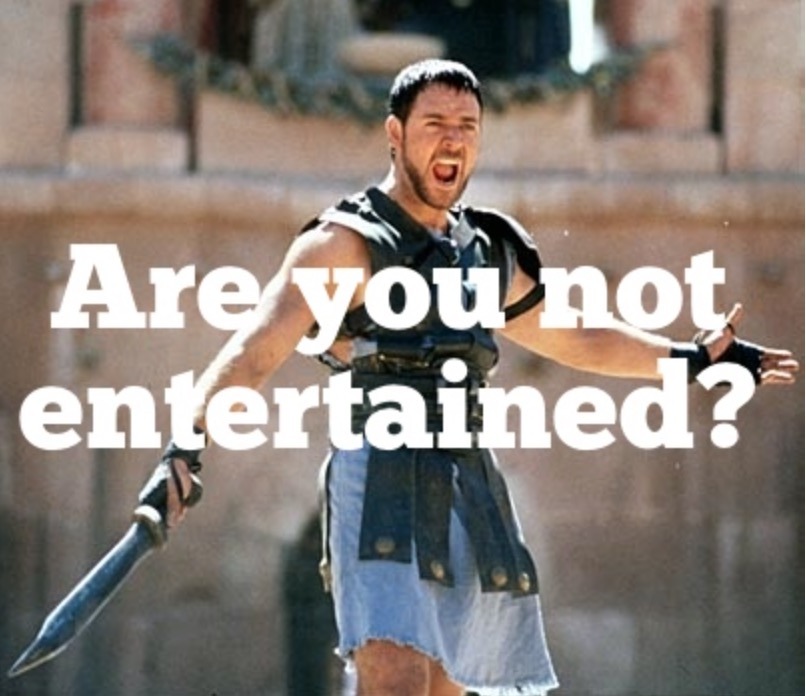 Like pretty much everything in the modern U.S. economy, wealthy and connected people fleecing taxpayers in order to earn even greater piles of money is also the business model when it comes to sports stadiums. Many cities have tried to make voter approval mandatory before these building boondoggles get started, but in almost all cases these efforts are thwarted by a powerful coalition of businessmen and corrupt politicians. Sound familiar? Yep, it a microcosm for pretty much everything else in America these days.

To get you up to speed, here are a few excerpts from an excellent Pacific Standard magazine article:

Over the past 15 years, more than $12 billion in public money has been spent on privately owned stadiums. Between 1991 and 2010, 101 new stadiums were opened across the country; nearly all those projects were funded by taxpayers. The loans most often used to pay for stadium construction—a variety of tax-exempt municipal bonds—will cost the federal government at least $4 billion in taxpayer subsidies to bondholders. Stadiums are built with money borrowed today, against public money spent tomorrow, at the expense of taxes that will never be collected. Economists almost universally agree that publicly financed stadiums are bad investments, yet cities and states still race to the chance to unload the cash. What gives?

To understand this stadium trend, and why it’s so hard for opponents to thwart public funding, look to Wisconsin. Last month, Governor Scott Walker signed a bill to spend $250 million on a new basketball arena for the Milwaukee Bucks. (The true cost of the project, including interest payments, will be more than $400 million.)

The story of what’s happening in Milwaukee is remarkable, if not already familiar. Step one: A down-on-its-luck team is purchased by a group of billionaire investors. Step two: The owners nod to their “moral responsibility” to keep the team in its hometown,while simultaneously lobbying for a new stadium. Step three: The team threatens to abandon its hometown for greener pastures—and newer facilities—in another city. Step four: The threat scares up hundreds of millions of public dollars in stadium financing. Step five: The new stadium opens, boosting the owners’ investment, while sloughing much of the financial risk onto taxpayers. As New York Times columnist Michael Powell wrote, “From start to desultory end, Milwaukee offered a case study in all that is wrong with our arena-shakedown age.”

That’s not to say the Bucks plan was entirely unopposed. Last year, a coalition of religious and community groups known as Southeastern Wisconsin Common Ground tried to fight the arena proposal. It called for a voter referendum on the bond issue, and lobbied for money to improve Milwaukee’s public parks and playing fields. Powell explains the rest:

The local business community—which includes several members who have ownership shares in the team—dismissed such ideas as impractical. “The Bucks took control of the strategy from the start,” said Bob Connolly, a member of Common Ground. “They pushed the referendum idea right to the side.” Months later, when Common Ground leaders turned to usually friendly local foundations for more funding, they found themselves turned away. You are, they were told several times, too political.

The lesson is clear: It is incredibly difficult to fight these projects. And Milwaukee is not alone. In St. Louis, for example, a judge recently struck down a city ordinance requiring voters to approve public spending on a new stadium for the Rams. Back in June, when Glendale, Arizona, tried to back out of its atrocious dealwith the National Hockey League’s Coyotes, the team quickly slapped the city with a lawsuit. Meanwhile, in building a new billion-dollar home in Minneapolis, the Minnesota Vikings found a loophole around a state law mandating that all public spending on sports teams be put to a vote.

Not surprisingly, publicly funded stadiums face the least opposition in cities with strong growth coalitions, which Eckstein and Delaney define as the “institutionalized relationship between headquartered local corporations and the local government.” A coalition can claim to represent the interests of a community—not an outrageous claim on its face, since it comprises the powerful and prominent local leaders—while shielding team owners from both direct criticism and grassroots opposition. This is precisely what’s happening in Milwaukee. Here’s the Times’ Powell again:

The hedge fund owners proved deft with ownership shares, handing these out to prominent Wisconsin businessmen and Republicans, including the developer Jon Hammes. Hammes has become national finance co-chairman for Walker, a Republican presidential candidate. The Capital Times recently reported that a political action committee connected to Hammes contributed $150,000 to the governor in late spring.

Economists have proposed antitrust lawsuits against leagues and stricter naming rights for teams, as Slate suggested in March, but neither idea has gained much traction. A Florida proposal would have shared team revenues with the public—a somewhat radical idea that Deadspin boldly declared “The Best Idea for Stadium Financing We’ve Ever Heard“—but it was quickly deemed illegal.

Sharing revenues with the taxpayers funding the stadium: Illegal.