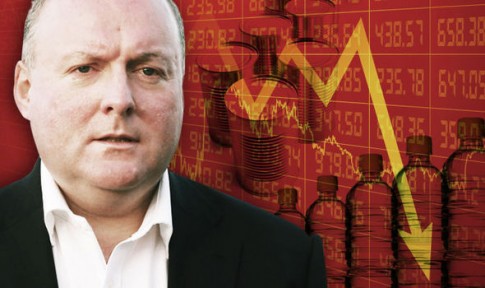 Via The Mises Institute,

Damian McBride is the former head of communications at the British treasury and former special adviser to Gordon Brown, erstwhile Prime Minister of the U.K. Yesterday he tweeted some surprising advice in response to the plunge in global equities markets.;

Advice on the looming crash, No. 1: get hard cash in a safe place now; don’t assume banks & cashpoints will be open, or bank cards will work.

Crash advice No. 2: do you have enough bottled water, tinned goods & other essentials at home to live a month indoors? If not, get shopping.

Crash advice No. 3: agree a rally point with your loved ones in case transport and communication gets cut off; somewhere you can all head to.

Evidently, McBride interprets the wipe-out of over $3 trillion in total global market cap during the three-day rout as a prelude to a much broader and deeper financial crash that will precipitate civil unrest.

Just like mid-October last year, the market howls; the Fed panics & puts the dummy back in; and we all pretend it’s OK again. It’s madness.

Every day the era of easy borrowing persists just means even more loans that won’t be repaid when the real crash finally comes.

Today is just the stock market catching up with the terror over defaults that’s been gripping the bond market for months.

1 thought on “We Are All Preppers Now: Former Advisor To British PM Gordon Brown Urges Britons To Get Hard Cash, Stockpile Food & Bottled Water – “We Were Close Enough In 2008 And What’s Coming Is On 20 Times That Scale””