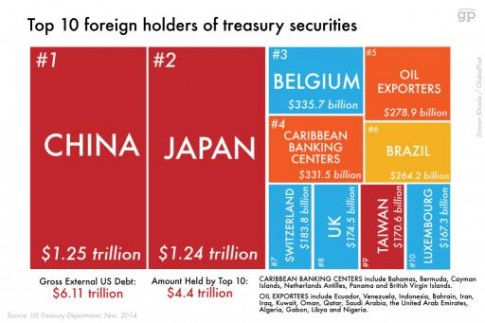 Behind the scenes is an event unfolding that has the market shaking in its boots. Yet you don’t hear this discussed by the mainstream media, let alone investment bankers.

The reason? It is an event that has been talked about throughout China’s rise to prominence. It has been pondered and feared by Western bankers and politicians. The event I am talking about is the dumping of US treasuries by China.

What is not common knowledge are the recent events that have unfolded behind the scenes in which China has begun this very process.

On August 11th, China unexpectedly devalued the Yuan. This came as a shock to the markets, which saw the currency rapidly plummet by 4% and would have continued to do so if not for the extreme intervention of the Chinese Plunge Protection Team.

Since that time, they have been actively and directly engaging in the Forex markets, where they have propped-up the Yuan and artificially maintained their fix with the US dollar. 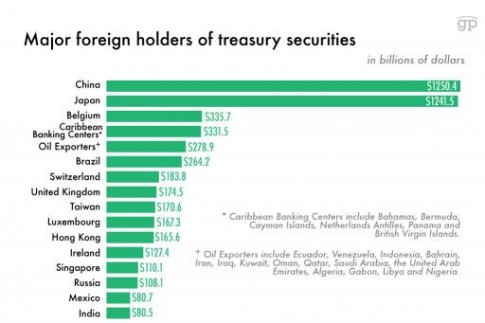 You read that correctly, not only is China accelerating their dumping of US treasuries, they have hyper-accelerated this process in the last two weeks, dumping almost as much as an entire year’s worth of US treasuries.

Remember, this is a period of time when the world is facing renewed uncertainty and is already awash with fiat dollars. The first and only likely candidate that comes to mind is the FED.

It is highly likely that the FED has been monetizing their own treasuries, in an act that is akin to paying off a credit card with a credit card.

As the situation in China continues to move into the realm of a full-blown crisis, you have to wonder how much more of their massive stockpile of treasuries are they willing to dump on the market? Likewise, how much more can the FED handle before the market wakes up and sees this Ponzi scheme for what it is?