I have right now very limited time on my hands.

However, I do my best to ‘somehow’ get some updates through.

Sometimes I post until I fall asleep right in front the screen, then I know it is time to stop and go to bed.

So I may not be able to post all your valuable links, like reader M.G.’s links and information on Germany’s refugee problem…

“The refugee problem in Germany continues…….it is really bad, and further pressure on their over-extended debt level.
BBC News.”

I’ve told you about what will happen to Turkey according to that seer I came across recently.

She saw all of this, incl. the refugee problem, in her visions.

For me all of this is part of the elite’s agenda.

The CIA and the Mossad – as reported here many times – have created and are behind ISIS.

The U.S. and Israel are directly and indirectly, via their ‘allies’, supplying ISIS.

Even SAS special forces, dressed as ISIS rebels, have been exposed for fighting Assad in Syria.

Remember how the SAS has been exposed for blowing up things in Iraq pretending to be Al-Qaeda?

Now all of this madness has ‘created’ an endless stream of refugees that is now being allocated all over Europe with Germany having to deal with over 800,000 asylum seekers.

Some say that this too is a profitable business for some organizations, but I can’t say that this is true – even if it does make a lot of sense to me – because I haven’t done my homework on that one, because I do not have the time to do so right now.

I am not saying that the following has to come to pass, but it is getting more likely by the day.

So the following really is just FYI.

According to her (the seer) at first (compared to later on!) there will be not too many problems with those refugees, but after the financial situation in all of Europe is getting worse there will be huge problems (as planned by TPTB).

… future hyperinflation, tax hikes, a lot of new laws (some of them will not be implemented anymore), total financial collapse, civil war followed by WW3,

He exactly described smartphones & drones when they did not even exist.

He foretold the euro collapse, when the Germans just got their deutschmarks.

After the economic collapse there will be civil war and revolution in Europe.

The pope will have to flee the Vatican. That is one of the last signs before the outbreak of WW3.

WW3 will start after somebody of “top-rank” will be assassinated.

(I believe it will be a fake assassination.)

My guess is that, because Russia will be the one who directly after the assassination will start WW3 …

(Yes, Putin, like Obama, Cameron, etc., is an elite puppet!

And like with WW2 the elitists controlled all sides, which is why We Are On Our Own … AGAIN.)

… and also because of the location where the assassination has been said to take place, that it must be somebody at the level of Putin, probably Putin himself.

After that Russian tanks will roll all over Europe and everything in their path will be destroyed.

(WW3 will be another staged event. Depopulation is on the agenda of TPTB and they will have to do nothing, just sit back and let the people do the kiling for them.)

He foresaw an enormous amount of drones creating a huge (yellow) death strip from Prague to the sea (most probably the baltic sea. There is a reason why he gets a little fuzzy here, but I do not want to get into that.)

This will disrupt the Russian supply chain and many who are in those still moving tanks are already dead.

Everything living or walking on that death strip will die.

According to him the last big (tank) battle will be fought in Germany and the Russians will lose.

Then the earth changes (3 days of darkness) will bring an abrupt end to all of this madness.

He said to stay indoors, light a ‘sanctified’ candle and pray.

He also said not to drink and eat during these 3 days other than water or food that comes from sealed metal containers.

So far nobody really knows what the exact reason is for this event. (It can NOT  be because of radiation.)

Then the horror will be over and according to those seers there will come a time of peace.

I really hope it will not have to come to this. 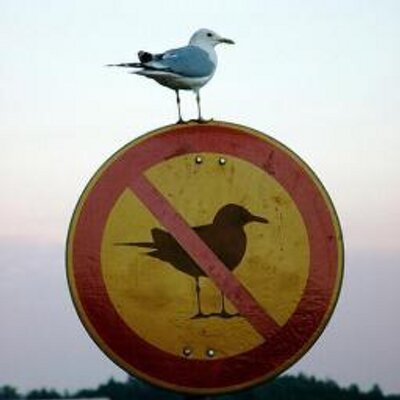