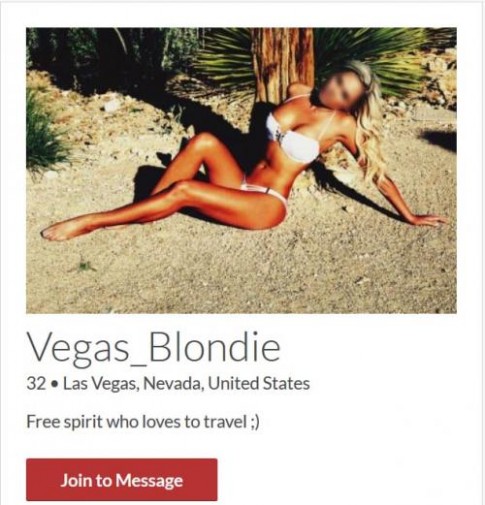 – In Less Than 10 Years, The Federal Reserve Has Driven Millions Of American Women Into Prostitution (ZeroHedge, Aug 24, 2015):

Hookernomices: In less than 10 years, the Federal Reserve Has Driven Millions of American Women into Prostitution

Mainstreaming Prostitution: Beginning last year, the Bank of England included prostitution in GDP measurements.  According to the Office of National Statistics, prostitution generated $9B a year, adding 0.7% to the UK GDP.  They aren’t alone: Sweden, Norway and a few other European countries already include it.  And if you can measure it, you can tax it.  And legalization is necessary for measurement.

Prostitution is legal in most of the developed world.  In fact, of the G20 countries, prostitution is illegal in just 5: China, South Korea, Saudi Arabia, South Africa, and, of course, the United States.

Leave it to the 1% to find a way around the law.

SeekingArrangement.com (SA) is a website catering to men and women who exchange sex for compensation, like an allowance or paying bills like student loans and rent.  It has 4.5M registered users

The Economic Relevance of SA – It’s where the 1% converges with the 99%.

It’s not an online dating website.  If someone wants a relationship or a liaison, there are plenty of other sites like Craigslist and Ashley Madison.

Is it a prostitution website?  According to SA they are not, repeat not, engaged in prostitution.  Their disclaimer: “An arrangement is not an escort service.  SeekingArrangement in no way, shape or form supports escorts or prostitutes using our website for personal gain.”

Seeking Arrangement: A Form of Prostitution, for the 1%.  As a prostitution website, it may not be as explicit as WhatsYourPrice or Backpage, but SA has at its core a business transaction: companionship with extras in return for cash and/or the equivalent.  Or, as they call it themselves, a dating site with “mutually beneficial relationships.”  And the Sugar Babies aren’t paid, they are given an allowance.  A financial arrangement for sex is prostitution, and when it involves millions of participants, it’s worth measuring.

Millions of college students and recent grads are struggling to make ends meet.  Talk about excess supply: there is a 3:1 ratio of Babies to Daddies/Mommies.  Sugar Babies need help with their basics: college loans, rent, & car payments.  (Which works well for Daddies/Mommies because these can be hidden as business expenses, which is helpful when dealing with the IRS and/or the spouse.)

The Unbearable Weight of Rent  Rent is now 40% of income in most major metro cities.  It’s 50% in New York. 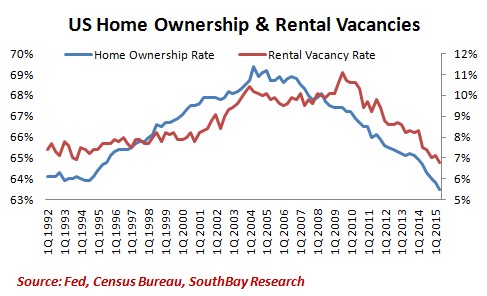 But how can this be?  The National Realtor Association’s Housing Affordability Index assures us that housing affordability has never been better.  Young people should be snatching up homes and leaving apartments. 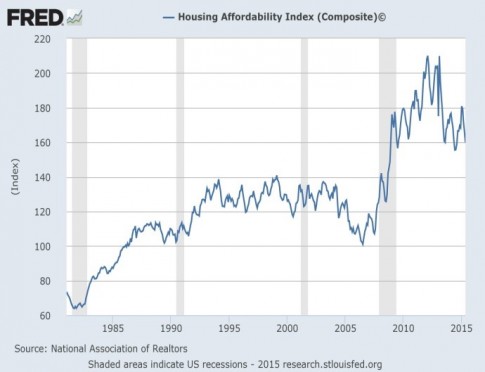 The Reality: Housing is Incredibly Unaffordable

The difference between buying a house today and buying a house in the last cycle is that yesterday’s buyers didn’t need a down payment.  Today they need 20%.

For young people, renting is the only option.  And that presents another problem.

Out of Control Rent

The result: today’s young people can’t buy homes.  And neither can they afford rents.
That’s why millions have turned to the newly legalized form of prostitution: Seeking Arrangement.

How The Fed Created the Jump in Prostitution

Real estate inflation is outpacing incomes by such a wide margin thanks to loose monetary policy under Greenspan and then Bernanke.  It has led to real estate being bid up, making both homes and rental properties more expensive.  Landlords in turn pass along the higher prices.

It’s a case of economic policy run amuck.  Real estate development can boost the economy, under the right conditions: lots of jobs and economic activity get generated when homes are built or refurbished.  And there is the wealth effect when home prices rise.  But when taken to extremes – as it is today and was in the previous economic cycle consumer spending gets squeezed out in order to pay mortgages and rent.  It becomes an incredibly unproductive use of capital.

(Almost as unfortunate, having created the problem of runaway housing inflation, the government has decided that the best solution is to address it via wage inflation by dictating higher minimum wages.)

Simply put, we have a surge in college-age prostitution and it’s the Fed’s fault. It gives new meaning to the term “perverse monetary policies”

1 thought on “In Less Than 10 Years, The Federal Reserve Has Driven Millions Of American Women Into Prostitution”