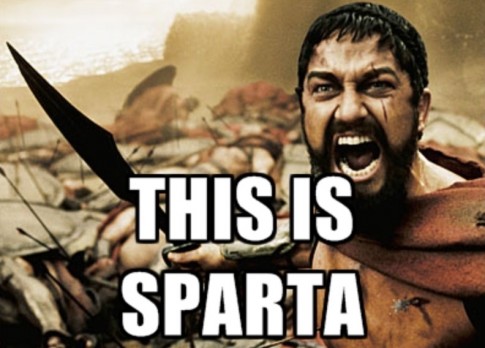 I simply cannot stress enough how important Greece is to freedom, liberty and civilization across the globe. Greece is not a one-off, or merely a small nation in big trouble that holds little relevance for the rest of us. Greece is everything.

What is happening to Greece follows the exact same game plan of what will eventually happen to every other supposedly sovereign nation. First there is an explosion of debt. Then a crisis. Then a bailout. Then creditor imposed hardship is forced upon the average population, in conjunction with unlimited bailouts for the bankers and other oligarch criminals. Finally, when a public which mistakenly believes it is living in a democracy exercises its right to national sovereignty, the sad truth is exposed. They are not a people living under a free political system.

It is precisely because Greece has progressed further along than any other Western nation into this neo-feudal hellhole, that it presents an incredible opportunity for resistance, The Greeks, quite literally, must fight for their very lives. Having been pushed into a corner, they will be forced to experiment in myriad ways if they desire to escape the criminal oligarch vortex in one piece.

Last week, I explored how Greeks are already embracing various local alternative currencies in the post, Greeks Flock to Grassroots Alternative Currencies in Affront to Euro Debt Slavery. One of the more interesting observations from the original Wall Street Journal article was that:

Experts say TEM and other local currencies work best side-by-side with the euro, not as a replacement.

What makes this plan so interesting and ambitious, is that there is only one Bitcoin ATM in Greece at the moment.

“We are creating the ecosystem of bitcoin and blockchain solutions in the Greek market.” BTCGreece founder Thanos Marinos told CoinTelegraph. “That will include the rollout of 1,000 ATMs and solutions for the e-commerce and tourism industry. Partnering with best of breed companies in the bitcoin space will enable us to provide the Greeks with solutions that will ease the difficulties of the capital controls.”

The Greek government still restricts the weekly withdrawal limit for bank accounts and debit cards to US$464.76 per week. To help small and medium sized companies send payments abroad, the two companies plan to develop a cross border payment system, which will allow small businesses to send payments quickly, at low cost. Marinos:

“Btcgreece and Cubits are offering a solution to the small and medium sized businesses to keep their operations, pay their invoices outside of Greece, pay for datacenter and servers, without the limitations imposed by the banks under capital controls.”

Additionally, bitcoin adoption in Greece is growing rapidly, he added. Individuals and business are beginning to recognize the advantages of bitcoin and its decentralized nature.

“Bitcoin adoption is happening and in a very fast pace,” explained Marinos. “Bitcoin in Greece is not just hype but a solution to day to day problems of people and businesses under capital controls. Also a key factor is that the trust for the traditional banking system is long gone and people are open to bitcoin.”

Best of luck to the Greeks. They need and deserve our full and total support. Their fight is our fight.