A long time ago, in a proxy war far, far away, some YouTube videos (around 100 of them apparently) “proved” that Bashar al-Assad’s regime had unleashed a horrific chemical attack on its own people.

In a lengthy report subtly titled “Syrian Government’s Use of Chemical Weapons on August 21, 2013,” US officials laid out their reasoning for trusting the veracity of the clips, and while you can read the entire report here, the punchline is this: “We have identified one hundred videos attributed to the attack, many of which show large numbers of bodies exhibiting physical signs consistent with, but not unique to, nerve agent exposure. We assess the Syrian opposition does not have the capability to fabricate all of the videos.”

That’s right, the US very nearly started World War 3 based on Washington’s assessment of the Syrian opposition’s video editing capabilities.

Fast forward to March when, almost two years after the first round of YouTube chemical attack videos nearly led to US strikes on Damascus, Washington still hadn’t managed to stir up enough public support for an invasion (which may have something to do with the fact that most Americans couldn’t even identify Syria on a map let alone tell you anything about its four-year old civil war) and lo and behold Reuters reported that “a group monitoring the Syrian civil war said government forces carried out a poison gas attack that killed six people in the northwest, and medics posted videos of children suffering what they said was suffocation.”

That prompted the John Kerry to send the following message to the Syrian regime: “Assad must be held accountable for atrocious behavior [and] military pressure may be needed to oust [him]”

Well, five months later and the American public still doesn’t care about Syria or Assad (after all, there are more pressing issues to worry about, like Cecil), but one thing it does care about is ISIS which is why now, the West will try to tie Islamic State to chemical weapons and see if that’s effective at bolstering support for boots on the ground. Here’s CNN:

The U.S. is investigating what it believes are “credible” reports that ISIS fighters used mustard agent in an attack against Kurdish Peshmerga this week, causing several of them to fall ill, U.S. officials working in at least three separate parts of the Obama administration said Thursday.

All of them strongly emphasized more intelligence is being gathered on exactly what may have happened near the town of Makhmour in northern Iraq. 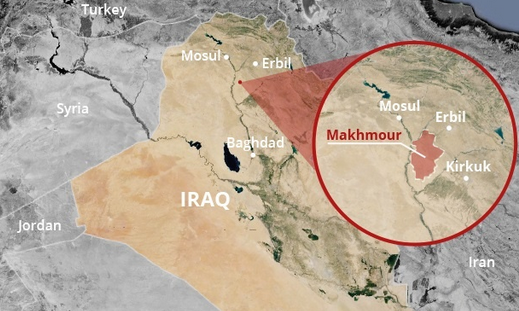 And here’s WSJ explaining that ISIS most likely obtained the mustard gas in Syria or maybe in Iraq where stockpiles belonging to Assad and Saddam Hussein, respectively, were supposed to have been destroyed but weren’t:

The officials said Islamic State could have obtained the mustard agent in Syria, whose government admitted to having large quantities in 2013 when it agreed to give up its chemical-weapons arsenal.

U.S. intelligence agencies are still investigating the source and how it could have been delivered this week on the battlefield, officials said.

Islamic State has taken control of territory in Syria close to where President Bashar al-Assad’s forces stored chemical weapons, including mustard agent. The regime said in 2013 that all of its mustard stockpiles had been destroyed, either by Syrian forces themselves or by international inspectors.

Inspectors, however, have subsequently said they weren’t able to verify claims by the Syrian government that it had burned hundreds of tons of mustard agent in earthen pits. U.S. intelligence agencies now say they believe Damascus hid some caches of deadly chemicals from the West, possibly including mustard.

WSJ goes on the say that as of now, it’s “unclear how much mustard Islamic State might have obtained,” and the German ministry says we won’t know for sure whether any mustard was spread until a team of German experts (who are “on their way to the scene”) have had a chance to assess the situation. “What it was exactly we don’t know,” a spokesman said.

But that’s ok because the US does know courtesy of multiple “independent reports.” And if that’s not good enough for you, just ask Congressman Adam Schiff, a ranking member of the House Permanent Select Committee on Intelligence: 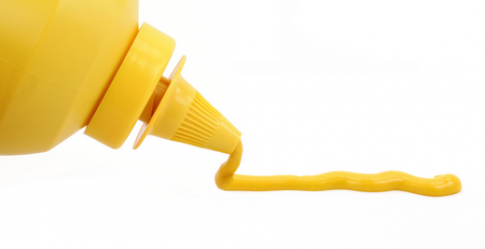 And John McCain agrees, as is clear from the following tweet, in which the Senator encourages you to read a completely unbiased WSJ Opinion piece called “Islamic State Gets Mustard Gas: Assad’s stockpiles weren’t destroyed, and the jihadists have them”.

“Foreign policy failures have a way of compounding…” – Must-read @WSJopinion on #ISIS getting chemical weapons: http://t.co/7yUjIJGzlH

McCain – who, you’re reminded, is the poster child for foreign policy failures in Syria and Ukraine – seems to have completely missed the irony in his retweeting an article in which the very first line reads: “foreign-policy failures have a way of compounding.”

In any event, we suspect it won’t be long before John Kerry tells the nation that it might be necessary to use further “military pressure” to hold ISIS accountable for their “atrocious behavior” which is now in direct contravention of another international warfare “norm”. As for seeing “proof” that Islamic State did indeed “find and use some mustard,” don’t hold your breath (unless there’s mustard gas around):

While there have been accounts posted in social media about the incident, the officials said they have independent information that strongly led them to assess there was a use of chemical weapons. The officials would not tell CNN what evidence led them to this belief.