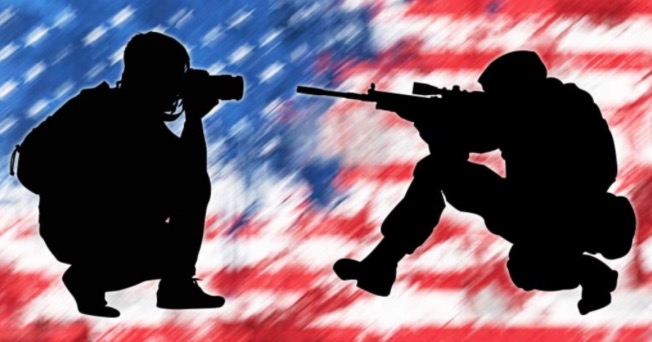 This post is a follow up to a piece I published in June titled: New Thousand Page Pentagon War Manual Potentially Lumps Journalists in with “Unprivileged Belligerents.” Here’s an excerpt:

A 1,176 page Pentagon war manual was recently released that hasn’t received the attention it deserves. The book of combat instructions, titled “Department of Defense Law of War Manual,” apparently covers rules of war for all branches of the U.S. military.

One passage in particular is generating controversy, where journalists seem to be thrown into a convoluted and opaque category, in which they could be seen as “unprivileged belligerents” as opposed to civilians. Naturally, this has sparked concern that journalists the U.S. government doesn’t like could be lumped into the “unprivileged belligerents” category and subsequently murdered at will.

Now the New York Times is concerned as well, and rightfully so. In an Op-ed today, the paper explains that:

The Defense Department earlier this summer released a comprehensive manual outlining its interpretation of the law of war. The 1,176-page document, the first of its kind, includes guidelines on the treatment of journalists covering armed conflicts that would make their work more dangerous, cumbersome and subject to censorship. Those should be repealed immediately.

Journalists, the manual says, are generally regarded as civilians, but may in some instances be deemed “unprivileged belligerents,” a legal term that applies to fighters that are afforded fewer protections than the declared combatants in a war. In some instances, the document says, “the relaying of information (such as providing information of immediate use in combat operations) could constitute taking a direct part in hostilities.”

The manual warns that “Reporting on military operations can be very similar to collecting intelligence or even spying,” so it calls on journalists to “act openly and with the permission of relevant authorities.” It says that governments “may need to censor journalists’ work or take other security measures so that journalists do not reveal sensitive information to the enemy.”

The manual’s argument that some reporting activities could be construed as taking part in hostilities is ludicrous. That vaguely-worded standard could be abused by military officers to censor or even target journalists.

Equally bizarre is the document’s suggestion that reporters covering wars should operate only with the permission of “relevant authorities” or risk being regarded as spies. To cover recent wars, including the civil war in Libya in 2011 and the war in Syria, reporters have had to sneak across borders, at great personal risk, to gather information. For the Pentagon to conflate espionage with journalism feeds into the propaganda of authoritarian governments. Egypt, for instance, has tried to discredit the work of Western journalists by falsely insinuating that many of them are spies.

Even more disturbing is the document’s broad assertion that journalists’ work may need to be censored lest it reveal sensitive information to the enemy. This unqualified statement seems to contravene American constitutional and case law, and offers other countries that routinely censor the press a handy reference point.

In earlier documents on the law of armed conflict, the American military has offered more sensible guidance on the treatment of journalists. A guidebook published in 2012 by the United States Army Judge Advocate General’s Legal Center and School says that journalists should be protected as civilians “provided they take no action adversely affecting their status as civilians.”

The trend toward the state becoming more authoritarian and the citizenry having fewer civil rights continues. It will keep moving in that direction until people decide they’ve had enough.

The Pentagon Admits: The “War on Terror” Will Never End