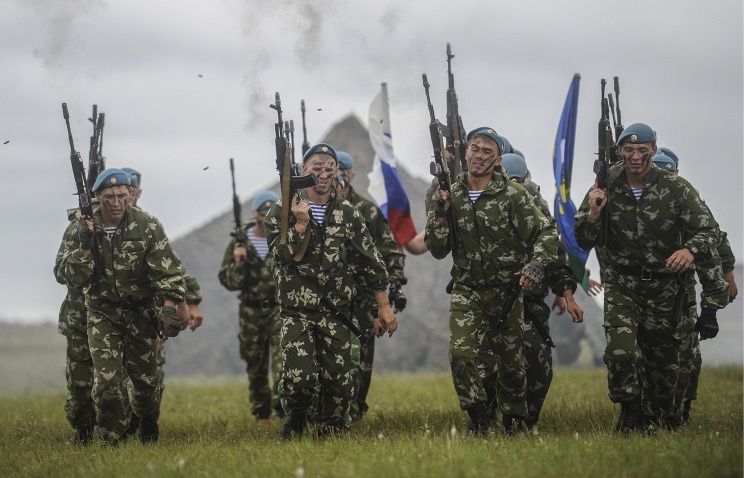 MOSCOW, August 4. /TASS/. The use of Russian troops in the Syrian conflict has never been even discussed, [Syrian President Bashar] Assad has never asked for that, Russian president’s press secretary Dmitry Peskov said on Tuesday.

“No, this issue [sending of Russian troops to Syria] has never been discussed in any way. This issue is out of the agenda,” he told journalists.

When asked whether Syrian President Bashar Assad had ever asked Russia to send its troops to his country, Peskov said, “No, this issue has never been raised.”

DUBROVICHI RANGE /Ryazan region/, August 4. /TASS/. The Russian Airborne Troops are ready to assist Syria in countering terrorists, if such a task is set by Russia’s leaders, commander of the Airborne Troops Colonel-General Vladimir Shamanov told reporters on Tuesday.

“Of course we will execute the decisions set forth by the country’s leadership, if there is a task at hand,” Shamanov said, in response to a Syrian reporter’s question about the readiness of the Russian Airborne Troops to render assistance to Syria’s government in its battle against terrorism.

Shamanov noted that Russia and Syria have “long-term good relations.” “Many Syrian experts, including military, received education in the Soviet Union and in Russia,” Shamanov added.

1 thought on “Russian Airborne Troops chief says paratroopers ready to help Syria in combating terrorism — Kremlin spokesman: Use of Russian troops in Syria is out of question”