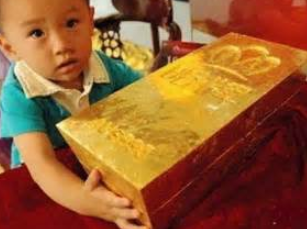 Anyone with a nose for markets will tell you that the Chinese government’s attempt to rescue the country’s stock markets from collapse is far from succeeding.

Bubbles collapse, period; and government interventions don’t stop them. Furthermore, we are beginning to see a crack widen in the foundations of China’s capital markets that could end up undermining the whole economy.

Since the government owns the banking system, some of the knock-on effects will doubtless be concealed. A consequence for China is that domestic financial instability could threaten her current plans for the international development of her currency. Here the timing couldn’t be worse, because in a few months the IMF is due to announce its decision about the inclusion of the renminbi in the SDR. The odds were in favour of China succeeding in this quest, on the basis that China was deemed to have fulfilled the necessary conditions, and the IMF itself has been supportive.

A 1929-style collapse in China’s stock markets would change this delicate balance. In mainstream macroeconomic theory, the only way China can resolve her excessive financial imbalances is to devalue the renminbi against other SDR currencies, hardly a good start for a new member. The IMF, probably egged on by the Americans, could be forced to defer its decision again, reviewing it in 2020.

This would be a bad outcome, given China has set her sights on joining the IMF’s top table. There can be little doubt that the recent announcement increasing her gold reserves by only 600 tonnes was made in the context of her desire for the currency to be included in the SDR. If she is rejected, China could swing the emphasis more firmly towards gold, which she owns and mines in abundance.

If Plan A fails, it is time for Plan B. It is almost certain China has substantial undeclared holdings of physical bullion. The enabling regulations for China’s gold accumulation programme go back to 1983, and the State will have acquired the bulk of its bullion before it permitted its own citizens to buy from 2002 onwards. Western analysts seem generally unaware that the bulk of China’s acquisition of gold was in the late twentieth century, the last time the west was dishoarding huge quantities of bullion into a prolonged bear market, and she had massive capital inflows followed by trade surpluses to offset. This was the basis for my speculation last October that Government holdings could have grown to 20,000 tonnes by 2002, which explains why public ownership was then permitted.

The Chinese government almost certainly views gold as the ultimate money. The time is approaching for Plan B when a higher gold price would serve her interests better than membership of the SDR. It would reduce China’s debt levels expressed in the ultimate money, without currency intervention. And it would also boost the personal wealth of her people. In short, it would be popular with ordinary people, at a time when the authorities’ credibility is threatened by internal financial developments.

It must be tempting. The effect on western capital markets, having been drained of physical bullion and left with uncovered gold liabilities, could be very interesting. After all, the Chinese curse was for us to live in interesting times.