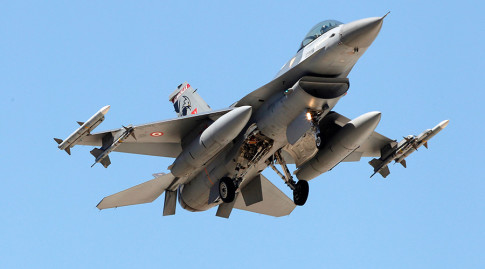 The military jets were deployed from the Diyarbakir air base, according to Turkey’s TRT television, and carried out the strikes against Islamic State (IS, formerly ISIS/ISIL) targets in the Syrian village of Havar, across the border from the Turkish province of Kilis. Two of the targets were the alleged ISIS headquarters, according to Hurriyet newspaper.

The strike was reportedly in retaliation for the latest cross-border firefight with IS militants on Thursday, which resulted in one Turkish soldier’s death. Earlier in the week a suspected IS suicide bomber killed 32 people in the southeastern town of Suruc.

The operation comes amid reports that Turkey agreed to allow US drones and bombers to launch airstrikes against IS from two airbases near the Syrian border. US officials allegedly called the decision a “game changer” in the conflict with IS. The arrangements however have not been officially confirmed by Turkey.