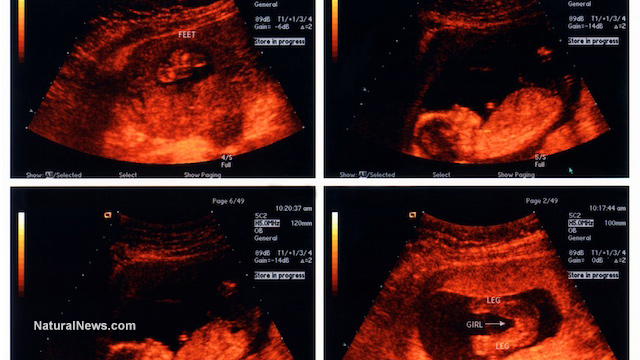 The baby-murdering group Planned Parenthood is mired in even deeper controversy after a second video has emerged showing a top-level abortion executive negotiating prices for organs and fetal tissue harvested from unborn babies murdered in the womb.

Dr. Mary Gatter, president of Planned Parenthood’s Medical Director’s Council, is seen in a recently released undercover video trying to get top dollar for baby parts from an employee of the Center for Medical Progress (CMP), who pretended to be a representative from a start-up biotechnology firm.

Contradicting Planned Parenthood’s spurious claim following the release of an earlier undercover video that it doesn’t profit from the sale of aborted human baby parts, Gatter is clearly seen haggling with the undercover CMP representative about how much murdered baby bodily organs are worth to the start-up firm.

“Why don’t you start by telling me what you’re used to paying,” states Gatter, clearly familiar with the negotiation process. When the undercover CMP representative asks her to throw out a number, Gatter responds, “Well, you know in negotiations the person who throws out the figure first is at a loss, right? So …”

The video clip is available for viewing here:
https://youtu.be/MjCs_gvImyw

CMP really played its cards right with this one, waiting to release this second video until after Planned Parenthood blatantly lied about its role in dealing baby body parts on the biotech market for fast cash.

When Planned Parenthood tried to deny that it makes a profit from the sale of aborted human organs and tissue, CMP released a second video proving this claim to be a lie. Now, Planned Parenthood is facing possible felony charges for violating 42 U.S.C. 289g-2, which prohibits the sale or purchase of human fetal tissue.

According to Breitbart, selling or purchasing human fetal tissue in the U.S. is a felony crime punishable by up to 10 years in prison or a fine of up to $500,000.

“Planned Parenthood’s only denial is that they make money off of baby parts, but that is a desperate lie that becomes more and more untenable as CMP reveals their business operations and statements that prove otherwise.”

Denial won’t get Planned Parenthood anywhere at this point because the cat is already out of the bag. This abortion-for-profit operation has finally been exposed for its heinous crimes against humanity, and decent Americans can only hope that justice will be served.

According to Breitbart, three committees in both the House and Senate are now calling for investigations into Planned Parenthood’s business operations, and at least seven state governments are also following suit. Chances are, Planned Parenthood’s top leadership, including the two women featured in the undercover videos, will duly have to explain themselves before legislative committees and potentially even prosecutors and attorneys general in the coming weeks and months.

“Planned Parenthood’s criminal conspiracy to make money off of aborted baby parts reaches to the very highest levels of their organization,” adds Daleiden. “Elected officials must listen to the public outcry for Planned Parenthood to be held accountable to the law and for our tax dollars to stop underwriting this barbaric abortion business.”