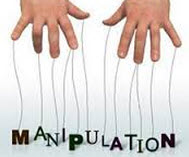 “..These elderly investors were entering the back half of their lives at the moment when China began to embrace reform. “Old people often don’t understand economics,” says Nie Riming, a pensions expert at the Shanghai Institute of Finance and Law. “They are easily duped.”

– From ‘A bull market with Chinese characteristics’ in The Financial Times, by Tom Mitchell, Gabriel Wildau and Josh Noble, 11 July 2015.

A man may be extremely intelligent, but mankind, as a whole, is pig-ignorant. We are all fools. To put it another way, we can, as individuals, gain much knowledge and perhaps even wisdom during a lifetime, but the likelihood of that knowledge and wisdom persisting through generations may well be vanishingly small.

How else to explain the festival of incompetence currently barrelling its way through the financial markets ?

“It couldn’t happen here,” conclude western investors as they watch the increasingly desperate machinations of the Chinese authorities, for example, as they attempt to put a floor under stock prices. Desperate, as in ridiculous, desperate, Basil Fawlty-ish lengths to prevent reality from crashing in upon a deflating stock market bubble.

Government halting trading in half the stocks on the market ? Check.

Government ordering companies to buy their own shares ? Check.

“On Sunday, the new graduates of Tsinghua University are set to gather in their smartest attire to celebrate degrees from one of China’s most prestigious institutions, a place that has fostered generations of political leaders. Just after the ceremony starts – according to a written agenda – the graduates must “follow the instruction and shout loudly the slogan,

Apart from western governments bailing out their own bad banks, or creating trillions of dollars, pounds and euros of ex nihilo money and using that money to suppress interest rates and bond yields and currencies, and boost their own stock markets..

“Nobody knows anything,” was William Goldman’s sardonic assessment of Hollywood in his classic memoir on the movie business, ‘Adventures in the screen trade’.

In finance, things are subtly different. “Nobody learns anything,” appears to be the mantra. If one generation happens to stumble upon knowledge – probably involuntarily, and learnt at great cost – then the next generation scampers blithely away from it and on towards some fresh disaster.

“Mr. Hoover met the challenge of the Great Depression by acting quickly and decisively, indeed almost continuously throughout his term of office, putting into effect “the greatest program of offence and defence” against depression ever attempted in America. Bravely he used every modern economic “tool,” every device of progressive and “enlightened” economics, every facet of government planning, to combat the depression. For the first time, laissez-faire was boldly thrown overboard and every governmental weapon thrown into the breach. America had awakened, and was now ready to use the State to the hilt, unhampered by the supposed shibboleths of laissez-faire. President Hoover was a bold and audacious leader in this awakening. By every “progressive” tenet of our day, he should have ended his term a conquering hero; instead he left America in utter and complete ruin – a ruin unprecedented in length and intensity.

“What was the trouble ? Economic theory demonstrates that only governmental inflation can generate a boom-and-bust cycle, and that the depression will be prolonged and aggravated by inflationist and other interventionary measures. In contrast to the myth of laissez-faire, we have shown [here] how government intervention generated the unsound boom of the 1920s, and how Hoover’s new departure aggravated the Great Depression by massive measures of interference. The guilt for the Great Depression must, at long last, be lifted from the shoulders of the free-market economy, and placed properly where it belongs: at the doors of politicians, bureaucrats, and the mass of “enlightened” economists. And in any other depression, past or future, the story will be the same.” [Emphasis ours.]

There’s a line in ‘Macbeth’ when the protagonist, beginning to understand the havoc he has caused, starts to succumb to exhaustion:

“I am in blood

Stepp’d in so far that, should I wade no more,

Returning were as tedious as go o’er..”

Precisely as Rothbard predicted, the politicians, bureaucrats and “enlightened” economists of the euro zone are now coming to terms with their own terrible legacy in the form of Greece. Return, or go on ? Either choice requires wading through an unconscionable deal of blood.

Mario Draghi at the ECB gave us the phrase “whatever it takes”. Now the policy chiefs of China are running with it.

This is the most absurd global financial situation we can remember. There may have been wilder outbreaks of mass fatuous behaviour – as Adam Smith could easily have said, there’s a great deal of absurdity in a market. But we have long held that if you don’t understand the rules of the game, best not to play the game. Doing anything in credit markets today involves making a macro market call that is fundamentally impossible. All debt markets have become speculative arenas courtesy of central bank activity.

1 thought on ““Rigged” – The Most Absurd Global Financial Situation Ever”