– What Assets Did Greece Just Hand Over To Europe: “Airports, Airplanes, Infrastructure And Most Certainly Banks” (ZeroHedge, July 13, 2015):

The Simpsons had it right all along: 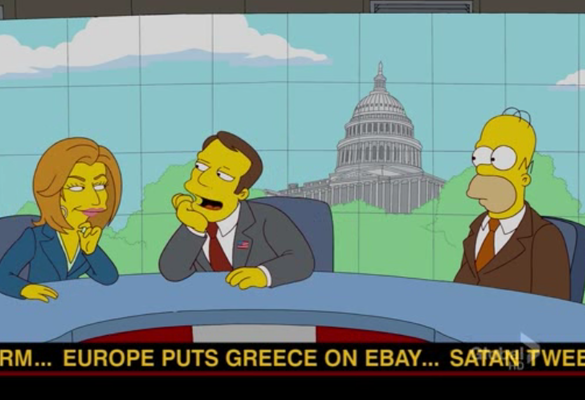 With the provocative and dramatic Greek “time out” language pulled from the final finmin and summit draft language, the two most humiliating aspects of the latest extend and pretend “deal” for the Greek people will be the return of the Troika’s (surely we can call it the Troika again as part of the Greek capitulation) IMF mission to Athens, and the escrowing of some €50 billion in  Greek assets in a liquidation fund.

Granted said fund will not be domiciled in Luxembourg as was originally envisioned, but Europe will still have control and first refusal rights over what are technically Greek properties, in the process Athens handing over about 25% of Greek GDP (and sovereignty) over the Brussels.

What are these assets? For the answer we go to the horse’s mouth, Jeroen Dijsselbloem, who laid out the holdings of the proposed Greek privatization that would be sold off as follows: “it still is going to be an independent fund, valued at €50 billion which can be airplanes, airports, infrastructure and most certainly banks.”

They will be brought in with the target to privatize those in the coming years, but we will take our time for that.

We then hope for proceeds of EU50 billion, but that will be clear later.

The banks first have to be refinanced from this aid program, but after that I take it that they’re worth money and then we can sell them.

The proceedings are aimed at lowering Greece’s national debt.

In other words, Greece will be liquidated piecemeal to repay creditors. In even other words, the proceeds from the Third Greek Bailout will not only not reach the Greek people, but Greece will have to sell itself in pieces to top off the creditors’ funding needs.

Dijsselbloem concludes: “That is good for Greece, but also good for us. We are in the end the ones from whom the money is borrowed.”

It was not exactly clear why this would be good for Greece.

So for all those curious, here are some of the “assets” that already have, or soon will hit Ebay. 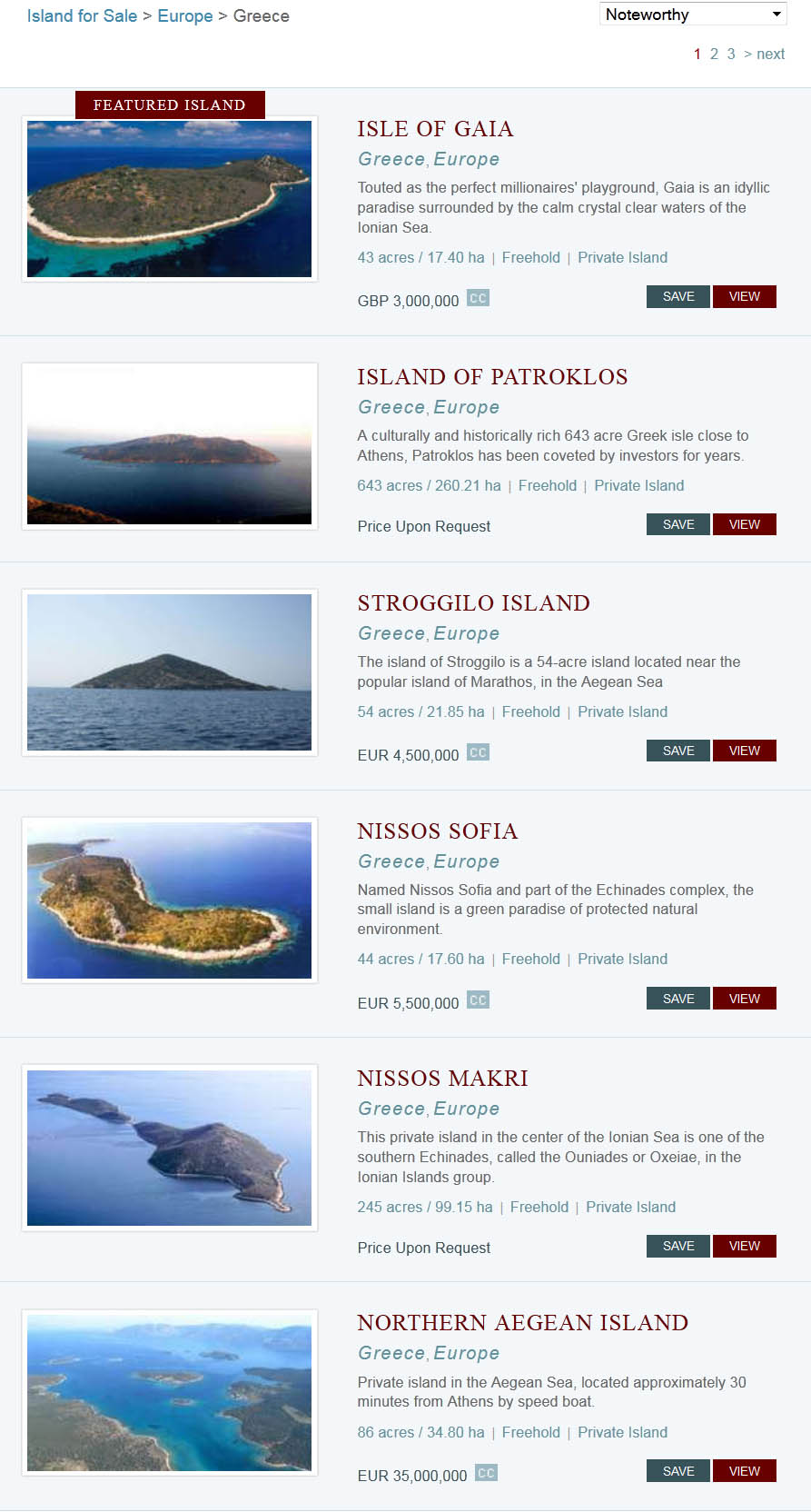 The only caveat: when (not if) Greece defaults again, and it is time to collect on Europe’s secured DIP loan (which is what the Third bailout really is) collateral because not even the French socialists can push for a fourth bailout, good luck trying to repossess Aegean islands or the Santorini ferry terminal.

Oh, and for those struck by a case of deja vu, the €50 billion privatization “plan” is nothing new: it was first proposed by the IMF in 2011. This is what happened next: 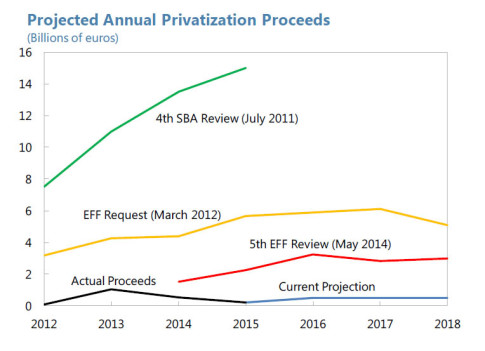 What does the IMF say now about this latest privatization proposal? “Not realistic.”

Which may be a problem for Greek banks since as the summit deal envisions, half of the privatization “proceeds” will go to recapitalize Greece’s insolvent banks. Proceeds which the IMF projects will be about €2 billion until 2018!  This is a problem because with this implicit admission that the Greek financial sector will effectively never receive the needed funds to remain stable, any ELA increase by the ECB will be promptly used by Greek depositors to yank as much money as they can, awaiting the next weekly dose of monetary generosity from Mario Draghi, as both capital controls and the Greek bank run remain a permanent fixture of Greek daily life.

1 thought on “What Assets Did Greece Just Hand Over To Europe: “Airports, Airplanes, Infrastructure And Most Certainly Banks””