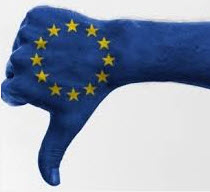 Equity markets roared higher Thursday and Friday as they ‘knew’ a deal was imminent in Greece because Tsipras appeared to backpedal. However, after someone told Merkel the truth, and “everyone knows you can’t believe” the Greeks, The Eurorgoup Meeting ends with zero agreement after 9 hours of rumor-mongering and escalating tensions. Local reporters noted the leaders could not even agree on what to disagree about as an increasing number of EU member states pushed for either a Grexit or considerably tougher sanctions austerity on the Greeks.

End of #Eurogroup session. To be continued tomorrow.

From the man himself…

Summing up the meeting perfectly…

“Is it a yes or a no,” the Slovakian finmin @KazimirPeter is asked as he leaves. “No is the better answer,” he replies #Greece

As Reuters reports (rather more hopefully than many),

Euro zone finance ministers were trying to draft a joint statement on Saturday listing further measures they want Greece to take in order to launch negotiations on a bailout Athens has requested, an EU source said.

The Greek government has put forward a set of reform plans to meet conditions for a three-year loan from euro zone partners but finance ministers said they did not go far enough and several sources said the other 18 euro zone states want Athens to offer additional actions and guarantees of implementation. 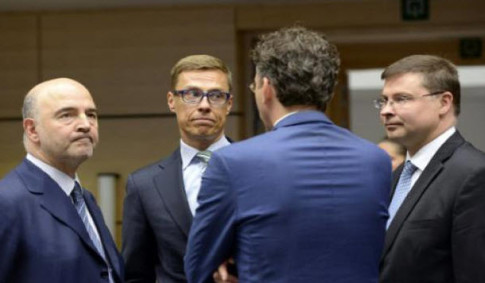 There is no press conference and the meeting will resume tomorrow at 11am… shortly before FX markets open.