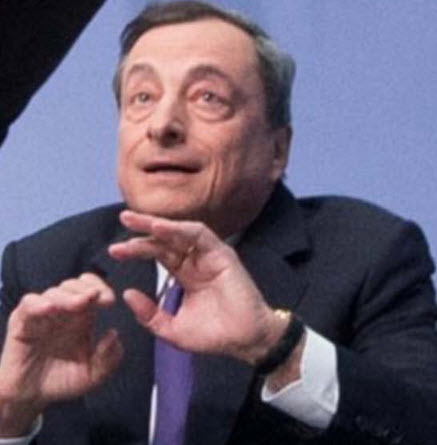 Today Alcimos commenced proceedings before the General Court of the Court of Justice of the European Union, requesting the annulment of the decisions of the Governing Council of the European Central Bank taken, on 28 June 2015 and 6 July 2015, rejecting the Bank of Greece’s requests for increases in Emergency Liquidity Assistance (ELA) offered to Greek banks. We have requested that the case be decided under an expedited procedure and have filed an application for interim relief seeking suspension of the ECB’s decision until the matter is decided. The text of the application can be found here.

In summary, Alcimos argues that the ECB, by rejecting the requests of the Bank of Greece, acted beyond the powers conferred upon it by virtue of paragraph 14.4 of the Statute of the European System of Central Banks (ESCB), which allows National Central Banks (NCBs) to perform functions such as extending ELA, unless the ECB Governing Council finds, by a majority of two thirds of the votes cast, that this interferes with the objectives and tasks of the ESCB. The ECB has previously accepted that ELA is granted by NCBs independently and at their full discretion to solvent credit institutions; the only constraints to a decision by an NCB to dispense ELA are any potential interference with the implementation of the single monetary policy and the prohibition on monetary financing per Article 123 of the Treaty on the Functioning of the EU.

Indeed, if an NCB were extending credit against insufficient collateral and the recipient of ELA was not able to repay the credit in full, this would result in the NCB having created new money, thus influencing the implementation of the single monetary policy. As long as Greek banks remain solvent, the extension of ELA simply replacing deposits can have no effect on the single monetary policy; in any event, the amounts involved are trivial compared to the Eurozone’s money supply.

As regards the prohibition on monetary financing , since the ECB had already put a limit on purchases of T-bills by Greek banks as early as 24 March 2015, no breach of Article 123 TFEU could have taken place, had ELA to Greek banks been increased in line with the requests by the Greek NCB.

In its decision of 8 July the ECB has further decided to adjust the haircuts on collateral accepted by the Bank of Greece for ELA purposes. Alcimos argues that collateral was a necessary condition for ELA operations only when the ECB was not the supervisory authority for the ELA recipient institutions. The ECB at the time could have no view on the solvency of these institutions, and therefore needed to request adequate collateral to ensure that credit extended under ELA would indeed be repaid and thus no new money would be created. Now that the ECB (through the Single Supervisory Mechanism—SSM) is the ultimate arbiter of the solvency of systemic European banks (including the four Greek banks which account for more than 90% of the assets of the Greek banking system), collateral could not be a decisive factor—a solvent bank should, by definition, have adequate collateral to underpin all its liabilities, not just those under ELA. The head of the SSM maintained as recently as 7 June 2015 that “[Greek] banks continue to be solvent and liquid”. If Greek banks have since ceased to be solvent, the ECB should have acted in its supervisory authority under Article 16 of Council Regulation (EU) No 1024/2013.Like Schrödinger’s cat, Greek banks cannot be both solvent and insolvent at the same time.

In any event, the application of ELA rules by the ECB has been inconsistent at best. For example, according to press reports, “Belgium’s central bank accepted Fortis’ branch network as collateral for an ELA advance back in 2008”. In an email from July 2012 Mr. Benoît Coeuré, member of the ECB’s executive board, suggested to the Governor of the Cypriot NCB as a potential measure “revising the ELA valuation and methodology, in particular for credit claims (non-tradable instruments)”, while further noting that “[t]he Central Bank of Cyprus has in principle the possibility to apply less stringent valuations and haircuts compared to the approach followed by the Eurosystem in credit operations”.

Furthermore, since the promotion of the smooth operation of payment systems per Article 127(2) TFEU is one of the four basic tasks to be carried out through the Eurosystem, it can be argued that the ECB’s decision which led to the disruption of payment systems in an entire Eurozone country fails the proportionality test. The extension of additional ELA to Greek banks with its potential minute effect on the implementation of the single monetary policy would have certainly interfered less with the tasks of the ECB.

We are doing this solely on a pro bono basis, because, rather astoundingly, neither the Bank of Greece nor the Greek government bothered to do it (despite Mr. Varoufakis having said on 29 June: “The Greek government will make use of all our legal rights. We are taking advice and will certainly consider an injunction at the European Court of Justice”).

As Alcimos concluded previously, neither Greece’s ailment, nor its cure, is its currency, be it the euro or the drachma, or its pensions—whether too low or too high. Greece’s cancer is the purely domestic cleptocracy which has been sucking the country dry for at least thirty-five years (that’s as far back as I can remember, older people may argue this may have been going on for much longer).