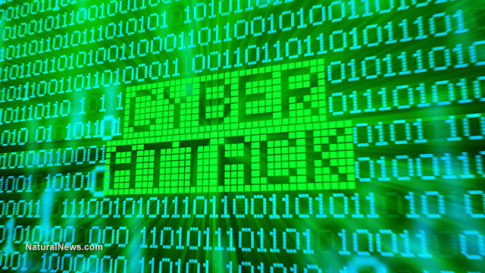 Demonstrating America’s extreme vulnerability to activist-driven hackers who are trying to make a point, the New York Stock Exchange was shuttered for most of the day yesterday, stalling out hundreds of billions of dollars in trades.

The lying mainstream media, of course, has rolled out a pathetic (yet hilarious) cover story on all this, claiming there was no hack. Instead, the NYSE is just wholly incompetent and can’t run its own computer systems reliably, we’re told.

We’re all so incredibly incompetent, it couldn’t possibly have been an attack!

All the usual lying media outlets are, predictably, covering up the truth that this was a cyber attack. Reuters reported the outage was due to “an internal technical issue and not the result of a cyber attack.”

In other words, they have to go out of their way to insist this was NOT a cyber attack. And why do they need to do that? Because it was a cyber attack, of course. No trading event should ever be believed as true until the NYSE officially denies it.

Not only was it a cyber attack, it was a damn successful cyber attack. It shuttered the world’s largest stock exchange for nearly half a day, after all. And although it didn’t quite lead to hoardes of investment bankers flinging themselves off tall buildings — that chapter is yet to come — it was nonetheless a remarkably effective deployment of hacking assets against one of the world’s largest financial targets.

It was all just coincidence? Really?

The fact that the NYSE claims it is too incompetent to reliably run its own exchange infrastructure should strike any investor as more than a bit alarming. Here’s a group of banksters who think the public is so stupid that they’ll believe anything. Yep, on the same day other cyber attacks also grounded a major airline, shut down the Wall Street Journal website, and interfered with the operations of various banks and publishers, we’re all supposed to believe that the NYSE just coincidentally suffered an IT infrastructure failure that had nothing to do with the cyber attacks raging everywhere else?

Hilarious. And the dog ate my homework, too…

Here’s the real score on this: