ECB Governing Council member and Latvian central bank chief Ilmars Rimsevics — who earlier leaked that the ECB’s new haircut on ELA for Greece will mean the ailing banking sector must now post “a third” more collateral — says the most “realistic scenario” is now for Greece to introduce “another currency.” 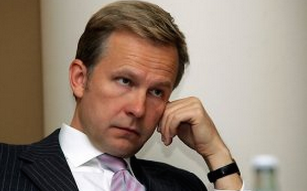 Rimsevics also says Sunday’s referendum outcome means Greeks have effectively “voted themselves out of the eurozone.” Here’s more, via Bloomberg:

As a reminder, here is Credit Suisse’s take on the prospects for the introduction of a new “devaluation mechanism”:

We again want to be clear: “leaving EMU” is not a policy choice and, if enforced by referendum, materially reduces Greece’s freedom of action. Introducing a new currency is a pipe dream and the likely result is a broken financial system reliant on a neighbor’s currency (the euro) and banking system.

If the result of the Greek referendum is a “No” and the situation is not immediately remedied (which we would not expect), the Greek people will probably have taken the opportunity to illustrate how illusory the whole idea of “exit” actually is. How that unfolds determines whether the situation systematizes immediately. This is because the choice is not “do you accept the core’s terms your government has rejected?” Rather, it is “do you want Greek banks to function independently?” and, de facto, do you want to be able to use the cash machine tomorrow? This is the nature of “Grexit”; it is not a choice to circulate a shiny new devaluation mechanism, it is a decision to reject the (local, to begin with) financial system and start again.

We have always pointed out that the new “currency” mismatches involved in any attempt to exit the euro would be so “toxic” for the banking system as to make it not a practical alternative. It is certainly not a way to avoid default. Rather, an attempt to exit is a way to default, at the expense of making that default systemic and so more costly. We are seeing this right now, with anecdotes of large dislocations and the reality of a closed banking system.

And here is a bit more color from Barclays:

How long Greece can stay in the euro without a financial assistance programme will depend on the ECB’s willingness to continue to provide liquidity to its banking sector and the consequence of a default on the bonds held by the ECB in its SMP portfolio on 20 July. If there is no agreement on a programme, the ECB will shut down ELA no later than 20 July. Banks will then not only be illiquid but would then turn insolvent. As a result, the lack of financing would trigger a collapse of the Greek economy. This situation could not last more than a few days, beyond which the Greek government would have to decide to take back the control over the central bank of Greece and force it to provide liquidity support to Greek banks, therefore printing de facto another currency. This would clearly be a violation of the Treaty and would certainly put Greece outside the monetary union.

After a potentially prolonged period of issuing EUR IOUs to preserve the country’s limited supply, Greece would eventually have to issue its own currency, a “new Greek drachma” (“NGD”). We think the NGD will depreciate sharply on creation given the high degree of economic, policy and institutional disarray. Greece’s real effective exchange rate is undervalued relative to its long-term average including EMU; but it is about 6% (0.6 standard deviations) overvalued relative to its pre-EMU average (see Figure 2). However, post-exit depreciation is likely to be an order of magnitude (or more) greater. First, an overshoot would be likely due to uncertainty over fair value. Second, we would expect that any Greek exit would be accompanied by a default or standstill on all existing external obligations, limiting Greece’s access to capital markets and attaching a large risk premium to all government-issued liabilities, including currency. Third, private sector external obligations that could not be redenominated would balloon in NGD terms as the currency depreciated, accentuating onshore demand for hard currency.