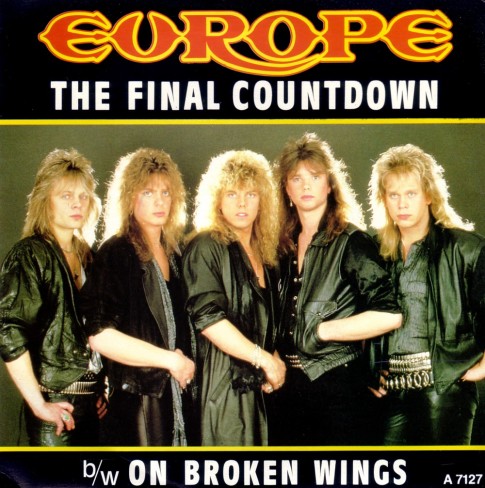 I have plenty to say on the topic of this essay. But the most important thing I think is that I know the EU is blowing up itself by trying to exert far too much influence on the very member nations that made its existence possible. Brussels is a blind city. To see it blowing itself to smithereens makes me very happy.

The flipside is that it will take a lot of pain, and probably even the very wars the EU was originally founded to prevent, to figuratively burn it to the ground. But that, if you’ll allow me, is for another day:

Loads of good words published today on EC President Jean-Claude Juncker and the Greeks, and the crop gets creamier, there’s fake Nobles winners and all joining in, but this is not a new issue, guys, and the lot of you are quite late to the game.

Moreover, y’all Krugmans and Stiglitzes fully missed something that happened while Juncker was ‘speaking’ yesterday: Jean-Claude changed the entire game in one brilliant move. The Greeks I was with, including in Syntagma Square, didn’t notice it either.

What changed is that after Juncker’s speech, the discussion is no longer about data or numbers or facts anymore (but who understands that?), because he never mentioned them.

It’s instead now about fear and fight and flight and various other base instincts, you name them. And that’s not a coincidence. The reason he, and the EU as a whole, resort to this ‘message’ (and no, these guys’ spin teams are not stupid) is to a substantial extent that it’s simply all they have left.

Whatever they had to present in the way of numbers, data etc. has already been rejected by the Greek government 100 times. Since their data have since the start been diametrically opposed to what Syriza stands for and was elected on, which they knew, that should be no surprise, and indeed never was for the Troika.

If you saw Juncker yesterday, and it doesn’t even matter whether he was inebriated or not (does he perhaps wake up drunk, like Yeltsin?), accusing Tsipras of lying -for which he offered no proof- while telling big fat obvious lies himself (“we never asked for pension cuts”) -for which ample proof to the contrary is available-, y’all should realize that a bit more scrutiny of the man is obviously warranted.

I’ve written this story a hundred different times before already: the EU is an organization led by people with, let’s define this subtly and carefully, sociopathic traits (Antisocial Personality Disorder), simply because the EU structure self-selects for such people. As do all other supra-national organizations, and quite a few national ones too, but let’s stick with Brussels for now.

That such people are selected is due in great part to the less than transparent democratic acts and procedures in Brussels. Which allow for ever larger numbers of the same ‘sort’ of people to accumulate. No coincidence there either.

Many of you will say that you can’t say that kind of thing, you can’t call Juncker a sociopath. But the fact is, I can. Who can not say it are Tsipras and Varoufakis, not in public. But I wouldn’t even want to guess at the number of times they’ve done so in private. And it’s high time we lift the veil on this. We are being governed by sociopaths, and that’s by no means just a European thing.

And besides, in general it’s not something that we should refrain from talking about. The reason we do is, I bet you, is because we don’t know how to recognize the traits and characteristics. But in fact, that’s not hard. Just plucked this off the interwebs in 2 seconds flat:

Profile of the Sociopath
• Glibness and Superficial Charm.
• Manipulative and Conning.
• Never recognize rights of others, see their self-serving behaviors as permissible. …
• Grandiose Sense of Self. …
• Pathological Lying. …
• Lack of Remorse, Shame or Guilt. …
• Shallow Emotions. …
• Incapacity for Love, Compassion
• Need for Stimulation.

Anyone want to tell me that does not describe Juncker? Still, the big problem with sociopaths -and do note how I subtly steer away from the term psychopath- is that you can not have an effective negotiation with them. Because once you’ve reached a conclusion -which’ll be hard fought and take forever-, they’ll just renege on it and come back with additional conditions. And then claim you are the one who did that.

Check Juncker. Check the 5 month history of Greece negotiations with the Troika. And note that that’s exactly what they accuse Syriza of. They claim Tsipras suffers from the very disorder they do. That too is typical. It’s a pattern, an MO, it’s how these minds function.

The main one for me is the lack on empathy, compassion. That got 1000s killed in Ukraine, and in the Mediterranean, and now in Greece. All deathly dramas Brussels could have prevented, and chose not to. In Brussels and Berlin, it’s more important that countries toe the line than that their citizens actually survive.

Europe has moved, at a very rapid clip, from a union of 28 different sovereign states, each with their own governments and political views and directions, to one where a top heavy bureaucratic structure, hand-puppeted on by a mere handful member states and systemic banks, dictate what each member state, both its politicians and its citizens, may do or not do. Or think. Electing a left wing government, for instance, equals asking for trouble.

There is no democracy left in Europe, people have no direct say anymore, there’s just a two-pronged dictatorship: there’s Merkel and Hollande, who in the Greek crisis have proven themselves to be mere tools to vested interests, and I’m being extremely kind now, and there’s Juncker and Tusk and Dieselflower, who are really just inconsequential sociopathic wankers that could at any moment be replaced by other hammers and screwdrivers.

In that light, it can only be a fitting irony that it was Juncker in his speech yesterday who said:

“Playing off one democracy against 18 others is not an attitude which is fitting for the great Greek nation.”.

He could have easily followed up with:

Because that’s what we in Brussels have a monopoly on.”

The EU is a club led by people with mental disorders, that panders to special interests. It’s not a union of sovereign nations that hold meetings on how to find common ground. That common ground is now supposedly a given, and no matter what any nation thinks about that matters one bit anymore. Unless it’s Germany or France, and even then. The EU has superseded the nations that formed it. And that can never have been the idea of the people of these nations. As I started writing a few hours earlier today:

It won’t be a surprise anymore that I am not a fan of the European Union. That is to say, I like the idea but not the execution of it, and certainly not the clowns who execute it. However, what happened yesterday is something that even I couldn’t foresee. The Troika volunteered to self-immolate, though the three-headed beast is undoubtedly too full of hubris to understand what it did. Good.

Still, I’m looking at this, thinking: really guys? You really think deliberately sparking chaos in an EU member state on the eve of a democratic referendum is something that will help your case in the long term? Have you thought this through at all? I’m guessing the overriding notion is that threatening and bullying as a model has worked for Brussels so far; but I’m also guessing that the approach has its limits.

Like with many things, there may well be a gaping hole between what can be considered legally justified and what morally justified. But be that as it may, you can’t rule over 28 different sovereign nations with no morals whatsoever. That’s coming back to bite you in the face.

For the ECB to freeze ELA for Greek banks is the biggest blunder it has ever made, and arguably the biggest one it is capable of making in its present mandate. For one thing, it’s a purely political move, and the ECB has no place in politics, or politics inside the ECB.

That the Eurogroup added to the insult a refusal to grant Greece a one-week extension so preparations for the referendum could be executed in peace, tells us loud and clear what it thinks about democracy: it’s a mere afterthought.

Bullying sovereign nations gets old, fast. What you guys are at the moment doing to Greece, you won’t be able to repeat against Italy or Spain. They’ll have you for breakfast.

The EU, which is made up of 28 democratic and sovereign nations, is being run like some absolute kingdom, ostensibly led by a 24/7 drunk. How long do you think that can last?

The very minimum the ECB should have done this week is to issue an explicit guarantee for all Greek bank deposits up to and including the July 5th referendum. To make sure there would be no bank runs and line ups at ATMs leading up to the vote, which merely represents the purest form of democracy. That is hasn’t speaks volumes. And it can’t possibly have been a monetary deliberation; what happens now is far more costly for the bank, and for European taxpayers, than such a guarantee.

I love that the EU does this, and the Troika with it, because they ensure their own demise. What I don’t like is the people who will fall victim in the interim, starting with the ones here in Greece. If this is the best the EU can do on a human scale, it has no reason to exist. And everyone better get out while they can.

Europe can form a great union, peaceful and prosperous and happy. It has many many wise and smart people who can make that work. But those people are not in Brusssels, where the decisions are being taken. And there’s a reason for that.