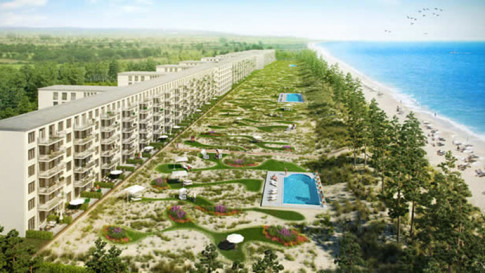 The Nazis’ favorite seaside resort is being opened up to visitors and even prospective real estate buyers. Finished in 1939, Prora, on the German island of Rugen, never received a single visitor.

Once planned as the biggest holiday camp in the world, the island (three miles wide) is Germany’s largest. The resort itself has over 10,000 rooms and was originally intended as a government-sponsored, family-type vacation destination for those on a budget. But Adolf Hitler’s focus on financing his WWII campaign saw the funds being diverted. 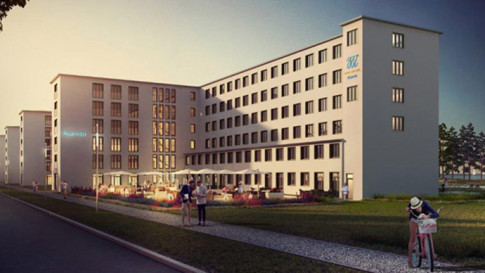 The construction was part of Hitler’s ambitious ‘Kraft durch Freude’ initiative (‘strength through joy’). Eight identical buildings were built, complete with everything a resort of this type could offer, as well as fun activities propagandizing the Nazi ideology.

The place even won an award for its Bauhaus design in 1937, but the war got in the way of further plans, and, having escaped demolition, the seaside complex was turned into accommodation for workers and a refugee camp. 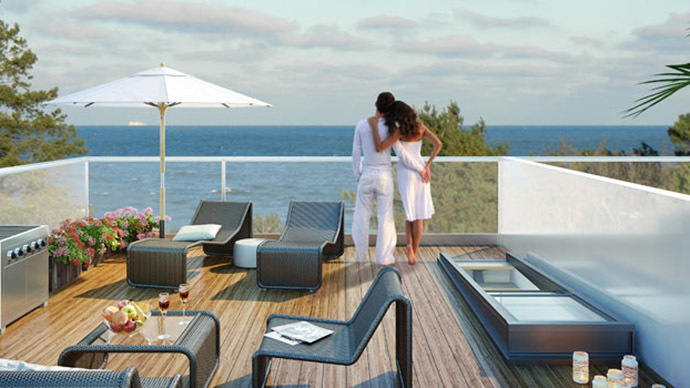 Berlin-based firmMetropole Marketinghas secured exclusive rights to refurbish and turn it into a five-star getaway, with luxury apartments and a beach.

“The past is the past. Prora may have been built by the Nazis, but it was never used by them or their soldiers,” Manfred Hartwig of Metropole says. “Now the place is so lovely, visitors want to get back to nature and enjoy its beauty.” 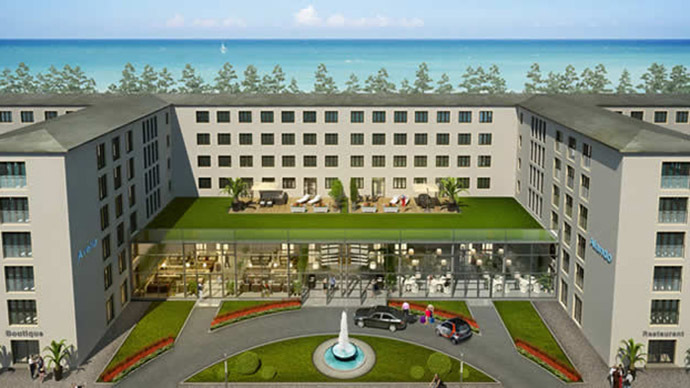 The place has already started accepting visitors, and they are reportedly there to stay, with 57 apartments sold. The luxury retreat is expected to open in October. 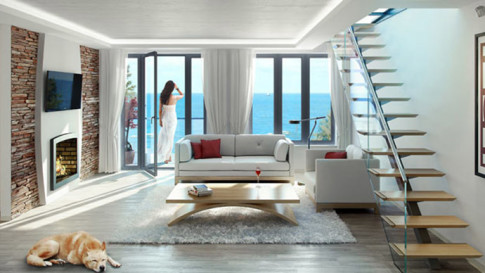 And the irony is that we’re moving closer and closer to WW3, planned for us by TPTB.