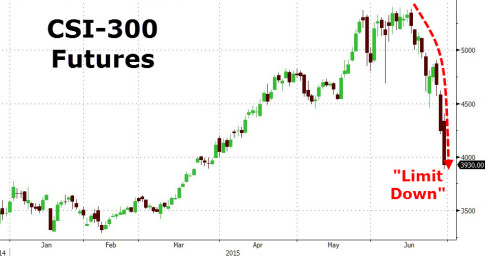 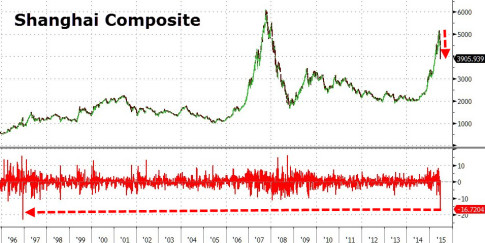 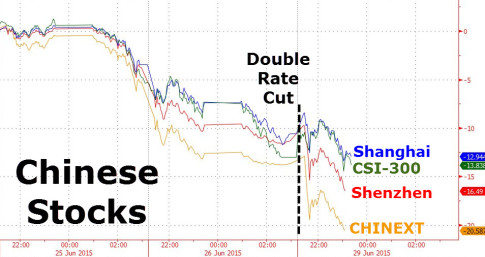 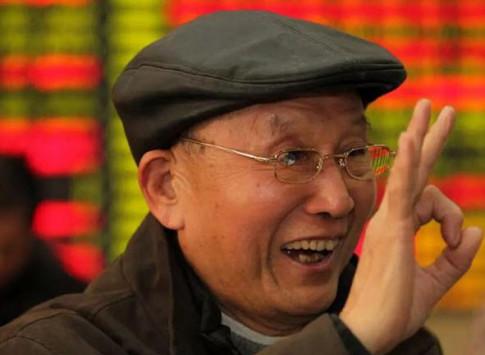 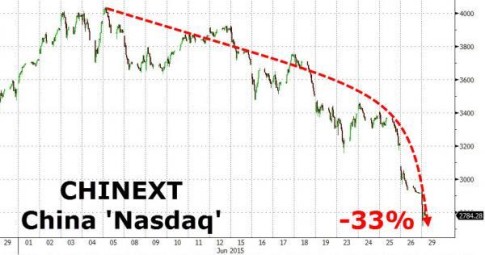 In 3 weeks, it has given up half its gain of the year… 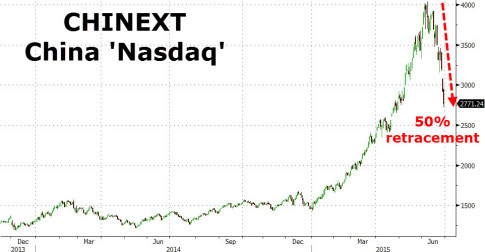 All that pent-up demand to be ignited among the farmers and housewives of China thanks to a double rate cut (RRR and benchmark) enabled a mere 2.5% bounce in Chinese stocks at the open which has now completely been erased as Shanghai enters a bear market. As The South China Morning Post’s George Chen notes, the most dangerous idea gaining traction in the Chinese stock market is the naïve consensus among ordinary investors that no matter how bad the market gets, the Communist Party will eventually rescue everyone. If not them then, as Chen concludes, “It’s time to wake up.” 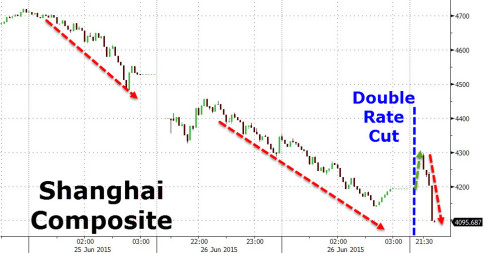 Decidely not what the doctor ordered… and as The South China Morning exclaims, many Chinese investors who have a planned economy mindset, believing government should help them, may well have a surprise coming…

The most dangerous idea gaining traction in the Chinese stock market is the naïve consensus among ordinary investors that no matter how bad the market gets, the Communist Party will eventually rescue everyone.

The central bank surprised everyone with its announcement on Saturday that it will cut its benchmark deposit and lending rates by 25 basis points – the fourth reduction since November.

Meanwhile, it also decided to reduce the reserve requirement ratio at selected banks to further ease liquidity in the banking system.

The unusual “double cut” move came just 24 hours after more than US$760 billion was wiped off the value of mainland stocks – equivalent to the market capitalisation of US technology giant Apple. The reasons for the market crash are complicated, including margin calls, tight liquidity at the end of the month, and panic. Afterwards, the most frequently heard question was, what will the government do to rescue the market. Rescue? Is this really government’s responsibility?

China has been through the planned economy model for decades. This is especially ingrained in the generation of my parents, who make up the bulk of individual investors. Just as everything once belonged to the government, many of these people believe the stock market should also belong to the government. So it’s the job of the government – in other words, the Communist Party – to rescue the market.

Unfortunately, many Chinese experts and professors are also promoting this naïve view of the relationship between domestic investors and the government.

After the central bank’s moves on Saturday, many experts told state media that they believed the central bank acted mainly to rescue the stock market, given the timing of the decision.

Suddenly, investors who felt that Friday was the end of the world – with more than 2,000 stocks sinking – began to talk about what stocks they should buy on Monday morning.

“You still don’t get it? It’s now like the government policy that the stock market must go up. Otherwise, why bother asking the central bank to rescue the market?” said one investor in a post on Weibo. Many others echoed his views on the social media network.

Beijing has been talking about how to do a better job with so-called investor education for years. Unless the government corrects an impression that it is a last-resort market rescuer, risks will grow in the market and sooner or later the bubble will burst.

It’s time to wake up. Beijing has faced more serious challenges than a stock market that is becoming more risky. If you want to rely on President Xi Jinping for everything, then your thinking may just be too simple and too naïve.

With Central Bank bazookas seemingly un-omnipotent, the fate of the world is in the hands of illiterate Chinese farmers and Greek grannies.