The International Agency for Research on Cancer (IARC), the specialized cancer agency of the World Health Organization, has evaluated the carcinogenicity of the insecticides gamma-hexachlorocyclohexane (lindane) and dichlorodiphenyltrichloroethane (DDT) and the herbicide 2,4-dichlorophenoxyacetic acid (2,4-D). 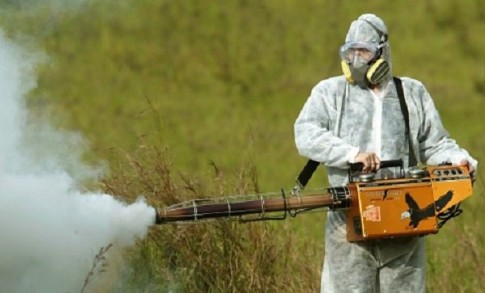 After thoroughly reviewing the latest available scientific literature, a Working Group of 26 experts from 13 countries convened by the IARC Monographs Programme classified the insecticide lindane as carcinogenic to humans (Group 1). There was sufficient evidence in humans for the carcinogenicity of lindane for non-Hodgkin lymphoma (NHL).

The insecticide DDT was classified as probably carcinogenic to humans (Group 2A), based on sufficient evidence that DDT causes cancer in experimental animals and limited evidence of its carcinogenicity in humans. Epidemiological studies found positive associations between exposure to DDT and NHL, testicular cancer, and liver cancer. There was also strong experimental evidence that DDT can suppress the immune system and disrupt sex hormones. However, overall there was no association between breast cancer and DDT levels measured in samples of blood or fat.

The herbicide 2,4-D was classified as possibly carcinogenic to humans (Group 2B), based on inadequate evidence in humans and limited evidence in experimental animals. There is strong evidence that 2,4-D induces oxidative stress, a mechanism that can operate in humans, and moderate evidence that 2,4-D causes immunosuppression, based on in vivo and in vitro studies. However, epidemiological studies did not find strong or consistent increases in risk of NHL or other cancers in relation to 2,4-D exposure.

A summary of the final evaluations is available online in The Lancet Oncology, and the detailed assessments will be published as Volume 113 of the IARC Monographs.

Lindane has been used extensively for insect control, including in agriculture and for treatment of human lice and scabies. High exposures have occurred among agricultural workers and pesticide applicators; however, the use of lindane is now banned or restricted in most countries. Large epidemiological studies of agricultural exposures in the USA and Canada showed a 60% increased risk of NHL in those exposed to lindane.

DDT was introduced for the control of insect-borne diseases during the Second World War and was later applied widely to eradicate malaria and in agriculture. Although most uses of DDT were banned from the 1970s, DDT and its breakdown products are highly persistent and can be found in the environment and in animal and human tissues throughout the world. Exposure to DDT still occurs, mainly through diet. The remaining and essential use of DDT is for disease vector control, mainly for malaria. This use is strictly restricted under the Stockholm Convention.

Since its introduction in 1945, 2,4-D has been widely used to control weeds in agriculture, forestry, and urban and residential settings. Occupational exposures to 2,4-D can occur during manufacturing and application, and the general population can be exposed through food, water, dust, or residential application, and during spraying.

What does the classification mean in terms of risk?

The classification indicates the strength of the evidence that a substance or agent causes cancer. The Monographs Programme seeks to identify cancer hazards, meaning the potential for the exposure to cause cancer. However, it does not indicate the level of risk associated with exposure. The cancer risk associated with substances or agents assigned the same classification may be very different, depending on factors such as the type and extent of exposure and the strength of the effect of the agent.

What is the difference between risk and hazard?

The IARC Monographs Programme evaluates cancer hazards but not the risks associated with exposure. An agent is considered a cancer hazard if it is capable of causing cancer under some circumstances. Risk measures the probability that cancer will occur, taking into account the level of exposure to the agent. The distinction between hazard and risk is important, and the Monographs Programme identifies cancer hazards even when risks are very low at current exposure levels, because new uses or unforeseen exposures could engender risks that are significantly higher.