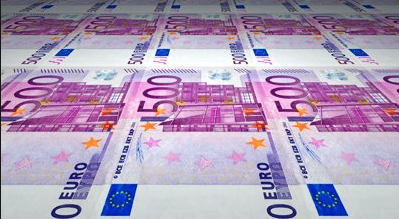 Earlier today we showed why Greece is now literally living on borrowed time. The combined €2.9 billion in ELA cap increases ‘generously’ bestowed upon the flailing Greek banking sector by the ECB last week looks to have been barely enough to keep things from “ending very differently” (to quote Kathimerini) at the ATMs on Friday.

But perhaps more importantly from a big picture perspective, Greece may have already breached the upper limit of its borrowing base. JPM calculates Greek banks’ eligible collateral at €121 billion (€38 billion in EFSF bonds €8 billion in government securities, and €75 billion in “credit claims”). With Friday’s ELA increase, the country’s total borrowings (that’s OMO plus ELA) amount to some €125 bilion. Why would the ECB allow this? Because it knows the breach will be promptly limited or reversed on Monday, or there will be a deal.

So, it is literally “deal or no deal” time, because if JPM is correct and eligible collateral was either exhausted two weeks ago or, in the best case scenario, is right at the limit, capital controls will need to be put in place as early as Tuesday at which point the ATMs will officially stop dispensing freshly-minted euros which, incidentally, brings up an important point. As Barclays notes, during the same period over which Greek banks lost nearly €30 billion in deposits, banknotes in circulation jumped by some €13 billion. In short, because Greeks are increasingly prone to stuffing their euros in mattresses, a large proportion of the deposit flight has come in the form of hard currency withdrawals, meaning the Bank of Greece is forced to (literally) print billions in physical banknotes:

A large part of the deposit outflows is in the form of banknotes, whose usage has increased significantly since the end of last year (+44%). Indeed, out of a deposit outflow of €29bn (from the end of November 2014 to the end of April 2015), banknotes in circulation in Greece have increased by €13bn. 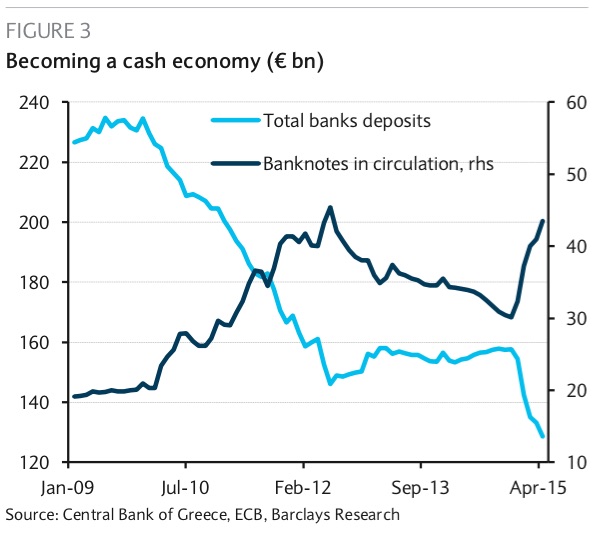 But hard currency printed in excess of NCB quotas (set by the ECB) represents a liability to the rest of Eurosystem and so must be added to Greece’s negative TARGET2 balance to determine the EMU’s total exposure to Greece:

The amount of banknotes in excess of the quota for Greece (about €27bn) represents a liability of the Central Bank of Greece to the Eurosystem in addition to the net liabilities related to transactions with the other Central Banks in the Eurosystem (Target 2 liabilities). As of the end of April, net liabilities related to the allocation of euro banknotes were €16.2bn and the Target 2 balance was negative by about €99bn. Therefore, the total exposure of the Eurosystem to Greece was around €115bn. This corresponds to the amount of borrowing of Eurosystem liquidity (OMOs + ELA), as shown in Figure 4. Taking the increase in the ELA ceiling as an indication of the deposit outflows/usage of banknotes and the increase in Eurosystem funding, such exposure might have increased to about €125bn currently, we calculate. 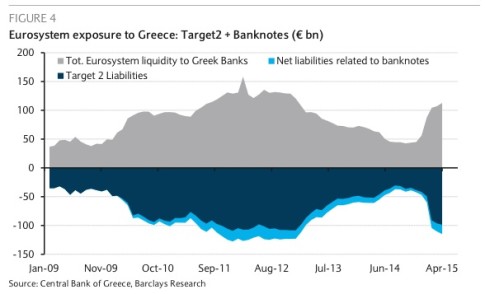 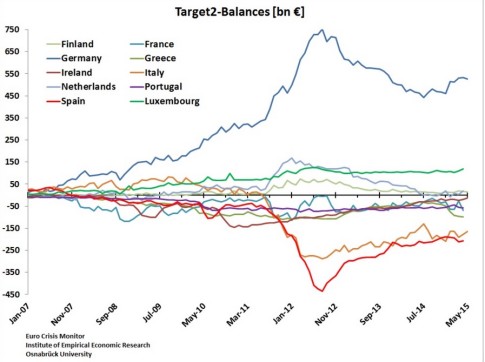 So we can add the quiet printing of some €13 billion in banknotes to the list of reasons why German FinMin Wolfgang Schaeuble, a growing number of German MPs, and, increasingly, the German people have run completely out of patience with Athens.

As for all the Athenians who have recently tapped the ATMs, check your euros. If the serial number starts with a “Y” that means it was printed by the Bank of Greece and you should probably hang on to it because you might soon be able to sell it at a premium to a museum.

2 thoughts on “Meanwhile, Greece Is Quietly Printing Billions Of Euros”