“He’s definitely pissed off with being poked at.” 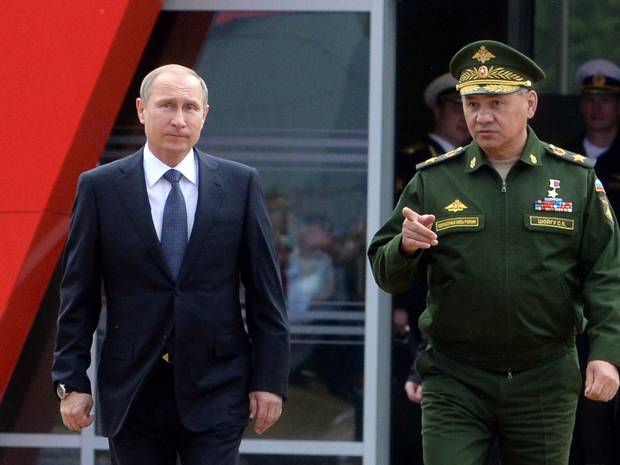 The Russian president made the announcement during his opening address at the Army-2015 Expo, an international military forum near Moscow.

Mr Putin said that “more than 40 new intercontinental ballistic missiles (ICBMs) able to overcome even the most technically advanced anti-missile defence systems” would be added to Russia’s nuclear arsenal this year.

The Army-2015 fair is held to show off the latest developments in Russian military hardware, and Mr Putin promised generals an array of other new weapons – including the advanced Armata tanks that were shown off at a Red Square parade last month.

The president also announced that the military was beginning testing a new system of long-range early warning radar “to monitor in the western direction”.

Referencing apparent US plans to bolster its military presence in eastern Europe, he said: “I believe the [US] statement must be looked at together with other similar statements, which have recently been numerous.

“A few days ago, reports started to turn up about certain [American] missiles put in a certain location and about certain ammunition depots in Eastern European countries and the Baltic.

He added: “It looks like our colleagues from Nato member states are pushing us into an arms race.”

Few countries in the world are known to possess land-based missiles capable of crossing continents. The US operates 450 Minuteman missiles across three bases, while Russia’s existing arsenal is believed to be slightly greater.

ICBMs are needed to deliver nuclear warheads over long distances, and some are capable of delivering more than one. Though Russia is less than open about its military stockpiles, it is thought to possess more than 8,000 warheads in total.

Mr Putin’s announcement, which included a general pledge to continue Russia’s “massive” military rearmament programme, comes amid the worst tensions between the West and Russia in decades.

On Monday, Russian defence ministry official General Yuri Yakubov said that US proposals to bolster an allied army on Polish soil would be “the most aggressive step by the Pentagon and Nato since the Cold War”.

“Russia will have no option but to build up its forces and resources on the Western strategic front,” Interfax news agency quoted him as saying.