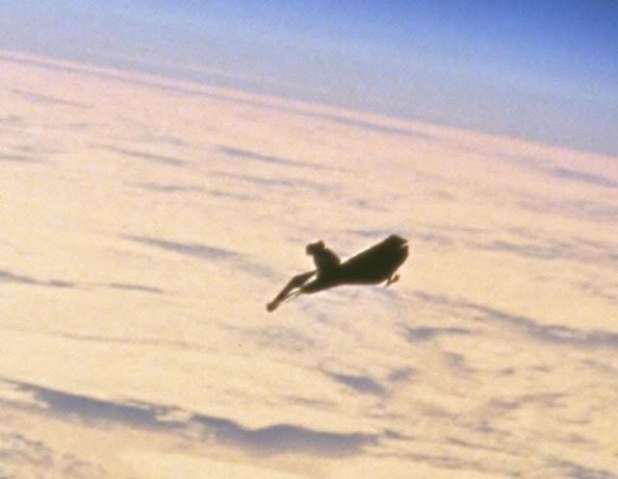 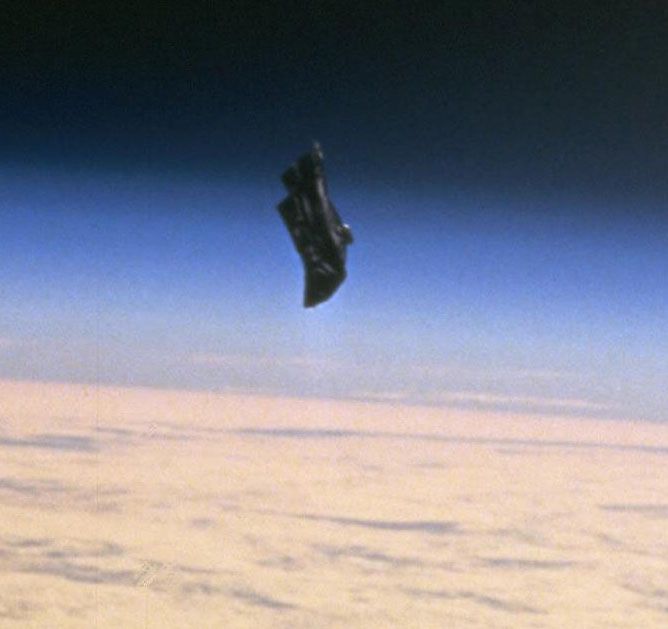 (Note, some may claim this is other man-made debris and not the Black Knight, and it may well be, but if so, I’ve seen nothing else conclusively identifying the rather large object in this pic or the other STS088 pics)
eol.jsc.nasa.gov…

This whole story begins in 1954, three years before Russia would launch the Earth’s first satellite, Sputnik 1.

On Friday, May 14, 1954, numerous papers carry an interesting statement by retired Marine Corps Major Donald E. Keyhoe, who states the Earth is being circled by one or two artificial satellites. U.S. Government scientists at White Sands, NM, he added, were making an effort to locate and chart them, and determine origin.

(example of two such papers carrying the story, the St. Louis Dispatch and the San Francisco Examiner, showing the national coverage of the story). 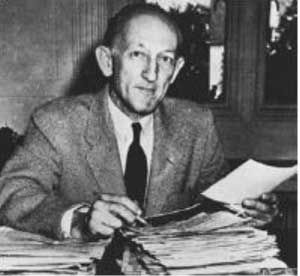 The story broke out further on August 23, 1954, when Aviation Week magazine stated two satellites had been found at 400 and 600 miles out. They were termed natural satellites, even though this was later deemed a virtual impossibility (and later no such natural satellites were ever claimed).

Pentagon scare over the observance of two previously unobserved satellites orbiting the earth has dissipated with the identification of the objects as natural, not artificial satellites. Dr. Lincoln LaPaz, expert on extraterrestrial bodies from the University of New Mexico, headed the identification project. One satellite is orbiting about 400 miles out, while the other track is 600 miles from the earth. Pentagon thought momentarily the Russians had beaten the U.S. to space explorations.

Clyde Tombaugh (discoverer of Pluto) was tasked by the Defense Department to search for the mystery object. 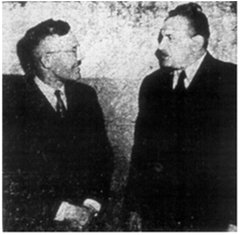 This “Artificial Satellite” has caused mayor media interest since the late 50′s, and it has become one of the most talked about objects in space. First thought to be an Russian spy satellite, the Black Knight satellite has gripped the interest of millions worldwide.

If you find our article about the Black Knight satellite too long, here are some interesting facts about this mysterious object: