“And on, and on it goes.
I can’t accept this as being natural. Jetstream manipulation is a fact.
Panic & riots must be in the pipeline (sorry).
Engineered chaos.” 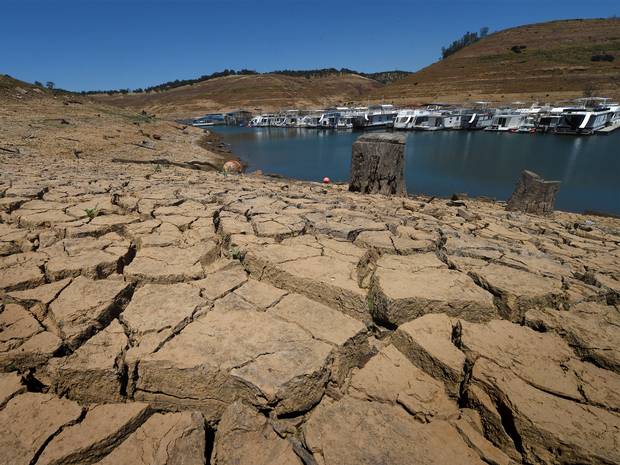 California state regulators have ordered farmers and others to reduce their water consumption, with the largest cuts in the state’s history.

The State Water Resources Control Board ordered over 100 water rights holders to stop all pumping from three major waterways in one of the country’s prime farm regions.

Economists and agriculture experts say that the cuts are expected to have little immediate impact on food prices, with the growing of some crops to shift to regions with more  water in the short-term.

The curtailment order applies to 114 entities, including individual landowners and water districts serving farmers and small communities, with claims dating back to 1914 or before.

It will force thousands of water users in the state to tap groundwater, buy it at rising costs, use previously stored water or go dry.

“It’s going to be a different story for each one of them, and a struggle for all of them,” Thomas Howard, executive director of the water board, acknowledged.

As the state deals with one of the largest droughts it has ever encountered, it is the first time that California has directed a number of senior water rights holders to stop pumping for these reasons since 1977.

“We are now at the point where demand in our system is outstripping supply for even the most senior water rights holders,” said Caren Trgovcich, chief deputy director of the water board.

Jeanne Zolezzi, an attorney for two small irrigation districts serving farmers in the San Joaquin area, says she plans to go to court next week to stop the board’s action.

“A lot of trees would die, and a lot of people would go out of business,” said Zolezzi. “We are not talking about a 25 per cent cut like imposed on urban. This is a 100 per cent cut, no water supplies.”

Jonas Minton, an advisor at the private Planning and Conservation League environmental group, said droughts of this scale are not unprecedented in California.

He said that the difference is that the state has grown in population to 38 million and has vast acres of farmland to irrigate, a problem with which the state cannot be blamed.

“Today’s curtailments are not being done by choice,” Minton said. “They’re a reaction to the reality of the shrinking water supply.”