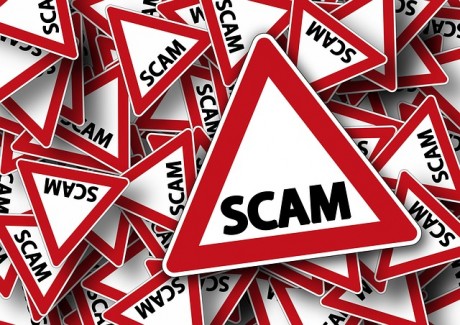 – Hospitals Are Blatantly Ripping Us Off (Economic Collapse, June 9, 2015):

Most Americans are deathly afraid to go to the hospital these days – and it is because of the immense pain that it will cause to their wallets.  If you want to get on a path that will lead you to bankruptcy, just start going to the hospital a lot.  In America today, hospitals and doctors are blatantly ripping us off and they aren’t making any apologies for it.  As you will read about below, some hospitals mark up treatments by 1,000 percent.  In other instances, basic medical supplies are being billed out at hundreds of times what they cost providers.  For example, it has been reported that some hospitals are charging up to 30 dollars for a single aspirin pill.  It would be difficult to argue that the extreme greed that we see in the medical system is even matched by the crooks on Wall Street.  These medical predators get their hands on us when we are at our most vulnerable.  They know that in our lowest moments we are willing to pay just about anything to get better or to make the pain go away.  And so they very quietly have us sign a bunch of forms without ever telling us how much everything is going to cost.  Eventually when the bills come in the mail, it is too late to do anything about it.

How would you feel if someone sold you something for ten times the amount that it was worth?

Would you feel ripped off?

Well, that is what hospitals all over the country are doing every single day.  Just check out what one brand new study has discovered…

Some hospitals are marking up treatments by as much as 1,000 percent, a new study finds, and the average U.S. hospital charges uninsured patients three times what Medicare allows.

Twenty of the hospitals in the top 50 when it comes to marking up charges are in Florida, the researchers write in the journal Health Affairs. And three-quarters of them are operated by two Tennessee-based for-profit hospital systems: Community Health Systems and Hospital Corporation of America.

“We just want to raise public awareness of the problem,” said Ge Bai of Washington & Lee University in Virginia, an accounting professor who wrote the study along with Gerard Anderson of Johns Hopkins University in Baltimore.

Does reading that make you angry?

They are greedily taking advantage of all of us.

Other studies have come up with similar results.  Here is one example…

According to National Nurses United, U.S. hospital charges continue to soar with a handful of them, such as Meadowlands Hospital Medical Center in Secaucus, N.J., going as far as charging more than ten times the total cost — or almost $1,200 per $100 of the cost of care. Meanwhile, the hundred priciest hospitals in the nation were found to have this cost ratio begin at 765 percent, which is more than twice the national average of 331 percent.

Much of the time, we are being overcharged for tests, services and procedures that we don’t even need.

And of course almost everyone has a story about an absolutely ridiculous medical bill that they have received.  In fact, if you have one that you would like to share, please feel free to share it at the end of this article.  The following are just a few examples that were shared in an editorial in a local newspaper…

Have you heard about the little girl who required three stitches over her right eye? The emergency room sent her parents a bill for $1,500 — $500 per stitch (NY Times, Dec. 3). My neighbor recently spent six hours in the emergency room with bleeding from the mouth. He was on a blood thinner, needed several blood tests, and his heart was monitored. His hospital bill came to $22,000. A California man diagnosed with lung cancer chose to fight his cancer aggressively. Eleven months later his widow received a bill exceeding $900,000.

One of the most disturbing trends that we are witnessing all over the nation is something called “drive by doctoring”.  That is where an extra doctor that isn’t even necessary “pops in” to visit patients that are not his or “assists” with a surgery in order to stick the patient with a big, fat extra bill.  The following is from a New York Times article about this disgusting practice…

Before his three-hour neck surgery for herniated disks in December, Peter Drier, 37, signed a pile of consent forms. A bank technology manager who had researched his insurance coverage, Mr. Drier was prepared when the bills started arriving: $56,000 from Lenox Hill Hospital in Manhattan, $4,300 from the anesthesiologist and even $133,000 from his orthopedist, who he knew would accept a fraction of that fee.

He was blindsided, though, by a bill of about $117,000 from an “assistant surgeon,” a Queens-based neurosurgeon whom Mr. Drier did not recall meeting.

How would you like to receive a bill for $117,000 from a doctor that you had never met and that you did not know would be at your surgery?

This is how broken our medical system has become.

And of course this type of abuse is not just happening in New York.  It is literally happening all over the nation…

In operating rooms and on hospital wards across the country, physicians and other health providers typically help one another in patient care. But in an increasingly common practice that some medical experts call drive-by doctoring, assistants, consultants and other hospital employees are charging patients or their insurers hefty fees. They may be called in when the need for them is questionable. And patients usually do not realize they have been involved or are charging until the bill arrives.

If you or a close family member has been to the hospital recently, you probably know how astronomical some of these bills can be.

And if you have a chronic, life threatening disease, you can very rapidly end up hundreds of thousands of dollars in debt.

If you doubt this, just check out the following excerpt from an article that appeared in Time Magazine.  One cancer patient out in California ran up nearly a million dollars in hospital bills before he finally died…

By the time Steven D. died at his home in Northern California the following November, he had lived for an additional 11 months. And Alice had collected bills totaling $902,452. The family’s first bill — for $348,000 — which arrived when Steven got home from the Seton Medical Center in Daly City, Calif., was full of all the usual chargemaster profit grabs: $18 each for 88 diabetes-test strips that Amazon sells in boxes of 50 for $27.85; $24 each for 19 niacin pills that are sold in drugstores for about a nickel apiece. There were also four boxes of sterile gauze pads for $77 each. None of that was considered part of what was provided in return for Seton’s facility charge for the intensive-care unit for two days at $13,225 a day, 12 days in the critical unit at $7,315 a day and one day in a standard room (all of which totaled $120,116 over 15 days). There was also $20,886 for CT scans and $24,251 for lab work.

The sad truth is that the U.S. health care system has become all about the money.

A select few are becoming exceedingly wealthy while millions go broke.  One very disturbing study discovered that approximately 41 percent of all working age Americans either have medical bill problems or are currently paying off medical debt.  And collection agencies seek to collect unpaid medical bills from approximately 30 million Americans every single year.

Once upon a time, going into the medical profession was a sacrifice and you did it because you wanted to help people.

Today, it is considered to be a path to riches.

If the U.S. health care system was a separate country, it would actually be the 6th largest economy on the entire planet.  Even though our system is deeply broken, nobody wants to rock the boat because trillions of dollars are at stake.  If it was up to me, I would tear the entire thing down and rebuild it from scratch.

So what about you?  How would you fix our broken health care system?  Please feel free to share your ideas by posting a comment below…

1 thought on “Hospitals Are Blatantly Ripping Us Off, Some Mark Up Treatments By 1,000%”