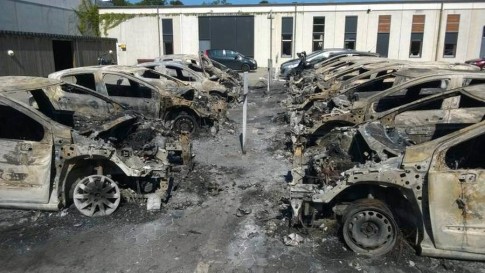 In Fredensborg, Denmark, ten official cars from the Tax Administration Office were set on fire and destroyed overnight in a protest. Police received notification Wednesday night at 3:09 a.m. that the Tax Administration offices on Kratvej were on fire. So far, there are no suspects. The police will undoubtedly hunt for someone retaliating against the Tax Man. 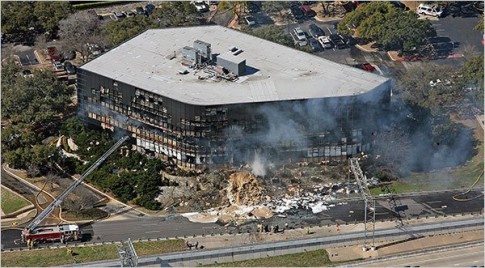 On February 18, 2010, a man in a dispute with the IRS for seizing his home flew his plane in a suicide mission directly into the IRS building in Austin, Texas. His battle against the Tax Man made him a hero to many.

As the economy turns down and governments become far more aggressive to grab money from everyone, we should see a sharp rise in these types of incidents. This is part of the rising trend in civil unrest. This is all insane since money is no longer tangible; taxes are also no longer necessary. We should seriously address the fact that money is not what it used to be. We have moved forward in technology, science, medicine, and every field except economics. France is high on the list for a major tax revolution as nearly 50% of GDP is consumed by annual tax collections. That is totally insane. And they wonder why the rich flee and unemployment rises? This is the 21st century, not the 17th. Money has changed and taxes are no longer necessary, yet they create it anyway. That is like me giving you a $100 bonus and then charging you $50 to receive it.

What’s the point? They spend more than they collect anyway.

1 thought on “Tax Rebellion in Denmark?”