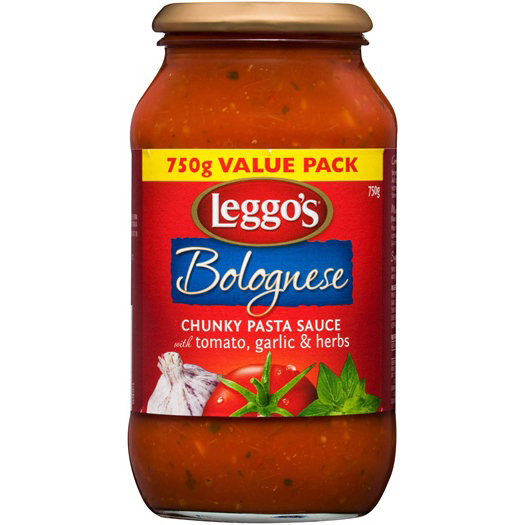 This is Joe from the disappearing Middle Class in America.  You asked me the other day to drop you a note if I felt that something was wrong.  What I’m having trouble with is “why” you’re asking me if anything is wrong!  ?

So let me explain.

Regarding the weather, as you stated, the sun shined in April.  It was also overcast some days some places, rained a few spots here and there, was nice quite a few days and even got dark on time, most evenings.  And the Commerce Department is spot on that my spending didn’t increase any adjusted for the inflation that you all keep telling me isn’t there.  Have you tried to buy some hamburger recently or do you just eat out on a corporate credit card?  The price of a pack of spaghetti has doubled over the past 3 years.  Me and Mrs. J along with the kids kinda like spaghetti now and then and the Mrs. even made a great Bolognese sauce, but the hamburger got too expensive as has the spaghetti, so we had to cut back.   So you’re right, we did sit at home and watch Dancing with the Stars a lot.  It’s what we can afford.  So, I really don’t get what you guys mean by those “winter doldrums” because things have gotten worse independent of the weather.  The weather’s had nothing at all to do with it.

And talking about worse, you’re right.  I did get fired in late 2008 from a high paying salaried job with benefits when the economy dumped due to the Lehman Brothers shock.   Since then I’ve been holding down a part time greeters job at Home Depot with no benefits.  I even took on a second part time job with no benefits at another place because I was getting bored watching television all day.  Plus, we could use the extra money as our savings has been depleted.  And we’re very worried about our health and the cost of healthcare is skyrocketing.  But I guess you probably have a health care plan paid for by the Wall Street Journal.  Why, feeling particularly liberated, Mrs. Joe’s even picked up a couple of part time jobs, as well.  “Arbeit macht frei” seems to have taken on a whole new meaning these days for whole bunch of us out here.

And then when the stock market collapsed, our 401(k)s got wiped out as we’d been buying all the great stuff that the professionals on CNBC and and our broker had told us were “bullet proof”.  See, I had to rely on somebody, because I’m not a professional investment manager and really don’t have a lot of financial savvy.  I was just doing what my government suggested, that I was liberated by doing my own investing in my own 410(k).  I guess not.  And yes, when I got scared to death, right at the bottom of the market, I sold all the stuff and wound up with next to nothing for retirement.  And since we don’t have full time jobs with any benefits, it’s kind of a moot point that my market timing was bad, isn’t it?  So when you think of all the wealth being gleaned by people invested in stocks, none of us few guys left in Middle America have any stocks, period.

But it is what it is, isn’t it?   Maybe you should understand that as well: we’ve not benefited from any largess bestowed upon the “system”, zero interest rates since nobody loans me money at zero %, or rising stock prices.  Lemme know if you can tell me where to issue 100 year zero coupon bonds like them Brazilians, OK? (Even I get that! Great math, because I’m not gonna make it for 100 years, am I?)

I know that you said that you guys in the newsroom think that these shocks were a long time ago, and they were, indeed.  But you see, I’ve had a bad experience since 2008 and the only thing happened is that it’s gotten worse, since.  Guess you never took the hit, did you?  Maybe that’s why you’ve no empathy with my situation.  Nope, no empathy whatsoever, all you guys in good jobs talking with one another and the Wall Street tycoons and gainfully employed high income earners.

And I’ll bet that your kids who just graduated college, both of ‘em in the last 4 years, didn’t have trouble getting decent jobs, did they?  Well, both of ours didn’t get any job straight out of school, looked for over a year and now have part time, no benefits jobs, just like mom and dad.  And they both graduated from great schools with real employable skills.  Little Joe has a degree in Marketing and Little Mrs. J in Journalism.  Would you be looking for anybody at the Journal?  I didn’t think so.  What about those people who all work for the government making all sorts of rubbish up out of thin air and calling it news?  I don’t know any, either.  By the way, the kids live at home because neither can afford anything on their own.

So, you and the American economy might just not want to hold your collective breaths waiting for any of us to spend money on anything, because we can’t afford it.  Do you understand now?  And talking about phones, do you know where can I get an ObiePhone, because I can’t afford all the monthly bills for the four of us, anymore.  Let me know.  And buy the way, I fully understand that the Greeks and Chinese are not as well off as we.  In fact we know that there are kids starving in Africa.  So, do something about it, you’re the people with all the influence!  And what’s any of that straw-man rubbish about Greeks and Chinese got to do with the four of us having a tough go of it?  And no, we haven’t been able to pay down any of our debt as we don’t have the disposable income.  In fact, if we had a windfall maybe we’d use it to to pay off the second mortgage that everybody told us to get because home prices were going to go up forever (just ask the CNBC folks again) and nobody asked us anything about our assets or incomes.  They called us NINJA’s and that we were smart and brave.  Lot of good that did, no?

So John, here’s the real scoop.  We ain’t got the resources to spend anymore on anything except what is absolutely necessary.  Oh, you ask, who then are the folks crowding the cruise ships and tattoo parlors?  We’d guess they’re the people on government assistance that we’re supporting on de minimis hourly wages and no benefits that the government showers with our tax money in order to buy their votes.  Didn’t think I knew that, did you?  Well, we all do.  And no, we’re not racist, radical or anything of the ilk for disliking it.

So, hope you get my take on all this.  And if you’re left wondering, maybe read it a couple more times because the truth of the matter is right there.  And please remember us during the next big holiday, when the Joe family will most likely be lucky to be splurging, stretching it, with a plate of spaghetti Bolognese.

Here are some more of the nearly 200 comments after the original WSJ piece.