Interview with Dr. Robert Schoch, Boston Univ. (PhD Geology & Geophysics, Yale Univ.), Dec 2013 (8:15 in, emphasis added) “At the end of the last ice age our sun was incredibly active… all the data points to the fact that this is actually what brought the last ice age to a close, with dramatic climate changes, dramatic changes on the surface the earth [and] incredible geological changes… The sun had this turbulent period about 10,000 BC [and] is going through this turbulence once again. This has been well documented by astrophysicists — that all of a sudden our sun is doing very strange, very unusual things… our sun is now more turbulent, more active, than it’s been since the end of the last ice age.” 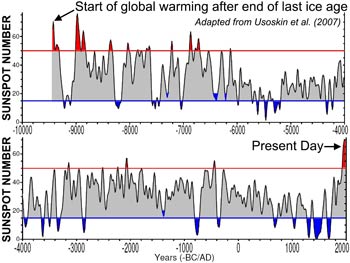 Dr. Schoch,  Oct 2014 (55:30 in): “There’s very strong evidence [of] a major solar outburst at the end of the last ice age… Our sun is again going through a period of instability, similar to what we saw 12,000 years ago… We may be due… for some major surprises… The Carrington event of 1859 [largest geomagnetic storm on record] may have just been the start of things to come… I don’t want to be a fear monger… but I think we have to look at the data, I think we have to look at it realistically, and I do think we have to be prepared… We’re incredibly vulnerable with our modern electronics and our dependence on electricity and electrical grid systems… It’s well understood by those people who have studied it, if we had a Carrington event today it would be devastating… we could well have something much stronger than a Carrington event.”

Dr. Schoch, Nov 2013 (12:00 in): “The sun is more active now than it’s been for the last 8,000 or more years… There have been very reputable papers published for instance in the journal ‘Nature’, arguably the most prestigious science journal… that we are going into a period of major solar activity… There’s a saying ‘shot across the bow’… The first real evidence of this increased activity may be the 1859 Carrington event… a major solar outburst.”

Dr. Schoch, Nov 2013 (4:30 in): “I hate to bring it up, but I will because I think it’s serious — the nuclear power plants that we have around the world, we’ve seen what can happen. Fukushima was not that long ago. When you knock out power to a nuclear power plant, the cooling systems don’t necessarily function… If you lose power to a nuclear power plant, we’ve seen what the results can be — and it could be a lot worse than Fukushima.… I don’t want to be alarmist, but on the other hand, I think we have to call it the way we see it. I think we really need to be talking about the evidence — which I believe is very good evidence — of what’s happened in the past, and the ramifications for this in the present and future.”

Dr. Schoch, Dec 2013 (17:00 in): “Something that I’m very concerned about is… we saw a little foreshadowing [at] Fukushima… a nuclear power plant loses electricity… If that happens to hundreds of nuclear power plants… or even just a couple, you’ve got major concerns.” 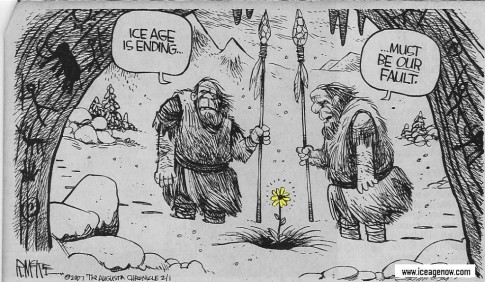 1 thought on ““Very chilling warning” from Japan expert who foretold Fukushima meltdowns: “The Gods are warning us of something even more serious… incredibly disastrous” — Professor: Suddenly, our sun is doing very strange things… Crisis much worse than Carrington Event possible… Most unstable period since ice age, I’m very concerned about nuclear plants (VIDEO)”