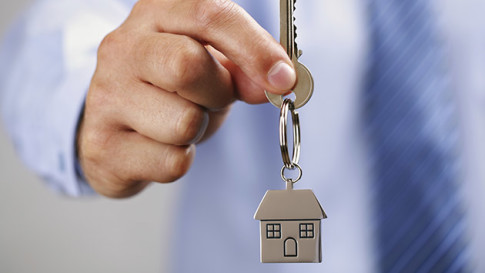 Investment firms are playing landlord and bundling their rental homes into new securities. What could go wrong?

Toward the end of 2012, Mark Alston, a real estate broker in Los Angeles, began noticing something strange. Home prices were starting to rise, and fast—about 20 percent annually. Normally, higher home prices would signal increased demand from homebuyers and indicate that the economy was rebounding. But the home ownership rate was still dropping. Somehow, the real estate market was out of whack.

Then there were the buyers themselves. “I went two years without selling to a black family, and that wasn’t for lack of trying,” recalls Alston, whose business is concentrated in inner-city neighborhoods where the majority of residents are African American and Latino. Now all his buyers were businessmen in suits. And weirder yet, they were all paying in cash.

Over the lasttwo years, private equity firms and hedge funds have amassed an unprecedented real estate empire, snapping up Spanish revivals in Phoenix, adobes in Los Angeles, Queen Anne Victorians in Atlanta, and brick-faced bungalows in Chicago. In total, Wall Street investors have bought more than 200,000 cheap, mostly foreclosed houses in some of the cities hardest hit by the economic meltdown. But they’re not simply flipping these houses. Instead, they’ve started bundling some of them into a new kind of financial product that could blow up the housing market all over again.

No companyhas bought more houses than the Blackstone Group, one of the world’s largest private equity firms. (Its many investments include Hilton Hotels, the Weather Channel, and SeaWorld. Among its institutional investors are Goldman Sachs, Morgan Stanley, Citigroup, Bank of America, Deutsche Bank, and JPMorgan Chase.) Through its subsidiary, Invitation Homes, Blackstone has picked up houses through local brokers, at foreclosure auctions, and in bulk purchases. Last April, it bought 1,400 houses in Atlanta in a single day. In Phoenix, some neighborhoods have a Blackstone-owned home on just about every block. As of November, Blackstone had acquired 40,000 houses, most of them foreclosures, worth $7.5 billion. Today, it is the largestowner of single-family rental homes in the nation.

Blackstone’s deep pockets—$248 billion in assets under management and a $3.6 billioncredit line arranged by Deutsche Bank for buying houses—allow it to outbid individual buyers, driving up local real estate prices and pushing families out of the market. “You can’t compete with a company that’s betting on speculative future value when they’re playing with cash,” says Alston. “Institutional investors are siphoning the wealth and the ability for wealth accumulation out of underserved communities,” adds Henry Wade, cofounder of the Arizona Association of Real Estate Brokers.

But buying houses cheap and then waiting for them to appreciate isn’t the only way Blackstone is making money on these deals. It wants your rent check, too. In November, after many months of hype, the firm releasedthe first-everrated bondbacked by securitized rental payments. Joining forces with Credit Suisse, Deutsche Bank, and JPMorgan (which recently paid a record $13 billion fine to settle accusations of ripping off mortgage investors), Blackstone has bundled the rental paymentsfrom more than 3,200 single-family houses, offering investors its mortgages on the underlying properties as collateral. After investors tripped over themselves to buy into the $479 million bond, Blackstone’s competitors announced that they, too, would develop similar securities.

Asked why the public should expect rental-backed securities to be safe, the hedge fund investor responds, “Trust me.”

“It’s just like a residential mortgage-backed security,” says one hedge fund investor whose company does business with Blackstone. Yet some analysts and observers are uneasy about the idea of a new market for securitized mortgage debt backed by rent checks. Dean Baker, an economist and codirector of the Center for Economic and Policy Research, is concerned that Wall Street firms are overlooking the risks of these untested investments. “You kind of just hope they know what they’re doing,” he says. In documents sent to investors, Blackstone has stated that it expects that 95 percent of its homes will be occupied at all times, with an average monthly rent of around $1,300. Real estate professionals say that those assumptions may be overly ambitious for single-family rentals.

Plying investors with such upbeat projections creates intense pressure to keep houses occupied—even as residents are squeezed by higher rents and strict collections policies. In Charlotte, North Carolina, Invitation Homes raised rents by as much as a third and filed eviction proceedings against nearly 10 percent of its renters, according to the Charlotte Observer.

CaDonna Porter moved into an Invitation Homes property outside Atlanta with her children in September. When part of her monthly payment was rejected because she tried to use a debit card, the company demanded that she deliver the remaining amount in person, via certified funds, by 5 p.m. the following day or incur a $200 fee and face eviction. Porter took time off from work to deliver a money order in person, only to be informed that the payment had been rejected because it didn’t include the late fee and an additional $75 insufficient funds fee.

In a maddening string of emails, Invitation Homes repeatedly reminded Porter that it could file to evict her unless she paid the penalties. When she finally said that she would seek legal counsel, Invitation Homes agreed to accept her payment as “a one-time courtesy.” Andrew Gallina, Invitation Homes’ vice president for marketing, says it treats all of its renters equally: “Under the law, we’re not allowed to make changes or exceptions. That’s just basic fair housing.”

Invitation Homes has described its strategy as “a bet on America.” Rather than pricing buyers out of the market, Gallina says, the company is helping families who can’t get mortgages.

Asked why the public should expect rental-backed securities to be safe, the hedge fund investor responds, “Trust me.”