– Obama at Nike headquarters: why push trade deal at an outsourcing giant? (Guardian, May 8, 2015):

With the Nike logo in the background on Friday, President Obama sought to drum up support for a controversial trade agreement that is facing mounting opposition from Democrats and US labor unions.

Speaking at a rally at Nike’s headquarters in Beaverton, Oregon, the president attempted to address some of the criticisms against the 12-country Trans-Pacific trade deal he is currently trying to push through Congress.

Obama tried to turn the focus away from potential job losses in the US to the potential to grow US exports. The president warned that the US must lead in trade negotiations. “If we don’t write the rules for trade around the world, guess what? China will,” Obama said. “And they’ll write those rules in a way that gives Chinese workers and Chinese businesses the upper hand.”

But apart from providing an apposite corporate slogan for the measure’s passage – “Just do it” – choosing Nike as a location didn’t quite reinforce his message.
Obama to visit Nike HQ to rally Democratic support for free trade
Read more

To many, Nike is synonymous with outsourcing. About 26,000 people work for Nike in the US, with more than 8,500 of them in Oregon. That’s just a fraction of its workforce compared to the more than 1 million contract workers it employs, of which more than 90% are in Asia.

The company has previously come under fire for the treatment of its contract workers in places like Bangladesh and Vietnam. From 2006 to 2014, the Worker Rights Consortium published reports on 16 of Nike’s suppliers alleging violations of overtime and worker abuse. Nike had learned lessons from its past mistakes, Mark Parker, president and CEO of Nike, told the Wall Street Journal last year.
Advertisement

“Ignorance is not bliss. You have to understand the systemic issues and work with factory partners to solve them,” he said. According to him, the company was moving towards eliminating excessive overtime for its factory workers and had spent five years reducing its “contract factory footprint by 400” in an effort to move toward fewer, better partners.

“Nike is a true American success story,” Parker said on Friday, before introducing Obama. He went on to say that the company’s 50-year journey was only possible because of trade. “We prove that trade works,” he said.

Trade works, but for whom?

When Nike was founded in 1964, only 4% of US footwear was imported. In 2012, 97.7% of US apparel was manufactured internationally, according to the American Apparel & Footwear Association.

This week a Nike manufacturer in upstate New York, New Buffalo Shirt Factory, announced it would shift production to Honduras later this year with the loss of 85 jobs.

Throughout his speech, Obama stressed that the new trade agreement would help increase labor standards and wages for workers in the other participating countries. He also pointed out that by making it easier to export US-made products overseas, the trade deal would benefit US small businesses.

“I hear Oregon wine is actually pretty good. Somebody has told me that pinot noir in Oregon is top notch … I want to make sure that Japanese wine consumers have an opportunity to partake in our excellent Oregon wine,” Obama said, adding that the deal could also benefit Oregon ranchers. “Beef is really expensive in Japan. Let’s make sure they try some Oregon steaks. It’s good stuff.”

Opening markets to US-made products overseas is one of the better things that could happen for US small business and their employees, said Obama. That message might have resonated better had it been delivered at a location other than Nike.

Opponents of the trade deal have been baffled as to why Obama would select Nike for this particular speech.

On Wednesday, Senator Bernie Sanders, a 2016 presidential candidate, wrote a letter to Obama calling on him to cancel his trip.

“Given Nike’s legacy of offshoring American jobs and exploiting low-wage workers, I would strongly encourage you to cancel this meeting,” he wrote. He went on to point out that Phil Knight, a former Nike CEO and the current chairman and largest shareholder, is worth more than $22bn. “If you disregard my advice and happen to go to Nike headquarters, please ask Mr Knight when they will begin manufacturing their footwear in America, and not just in low-wage countries.”

“It is a perverse place to try to go and sell a trade agreement that the American public thinks would make it easier to offshore our jobs and push down our wages,” Lori Wallach, the director of Public Citizen’s Global Trade Watch, told the Associated Press.

Nike is not oblivious to the fact that it is more likely to import items to the US than export to Asia.

“Ninety-nine percent of athletic footwear sold today in the US is imported, yet the US maintains some of the highest rates of import duties on footwear and apparel in the world,” Hilary Krane, executive vice-president, chief administrative officer and general counsel for Nike, told staff in an email earlier this year. “This agreement would reduce duties on footwear and apparel among the TPP countries, including Nike products manufactured in Vietnam for sale in the US.”

The email, sent to Nike staff in March, stated that the company had been working with Oregon’s officials as well as US trade officials to pass the Trade Promotion Authority, TPA, bill through the US Congress. Congress must first pass the TPA so that the administration can complete negotiations on the Trans-Pacific Partnership, TPP, which is a global trade agreement involving 12 countries. The email was obtained by the Institute for Global Labour and Human Rights, which had criticized the company for its reliance on low-wage workers in Vietnam. The email went on to encourage the staff to lobby their congressional representatives to support the trade agreement.

The sentiments expressed in the email were echoed in the company’s statement welcoming Obama to its headquarters. The company said that footwear tariff relief would “accelerate development of new advanced manufacturing methods” that would lead to creation of 10,000 manufacturing and engineering jobs and up to 40,000 “indirect supply chain and service jobs in the US over the next decade”. Advanced manufacturing is a trend that Obama expects to continue. According to him, it’s this trend that could lead to insourcing instead of outsourcing.

“Nike’s announcement that it intends to add American jobs and invest in the US is a positive development, but one that should not be contingent on a possible trade deal,“ said Eric Hauser, strategic advisor and director of communications for AFL-CIO, the largest federation of labor unions in the US. According to him, many companies have made similar promises without following through.

“Decades of experience have taught us that corporate-driven trade policy too often accelerates a global race to the bottom. Working people want trade policy that supports good jobs and decent wages. We can’t afford to fast-track another trade deal that only serves corporate interests,” he said.

While speaking at Nike, Obama emphasized that there is “nothing fast-track” about the deal.

“It’s on a very deliberate track,” he said. 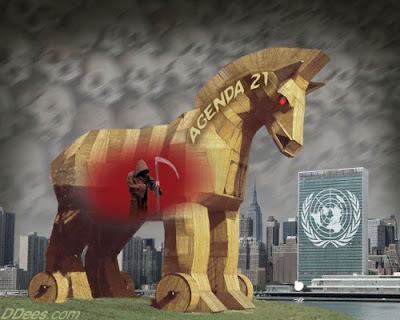 1 thought on “Obama at Nike headquarters: why push TPP trade deal at an outsourcing giant?”