“I respect of the way all Government offices treat ‘genuinely concerned whistleblowers’ the concerns expressed by this Ranger are well founded.

Whether or not his claims re JADE HELM are too, is for us to decide.” 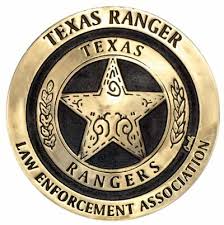 I wrote an article two days ago entitled The Dual Purpose of Jade Helm. The following email, purportedly from a Texas Ranger supports my notion that Jade Helm more than likely has a dual purpose with the end game consisting of the enforcement of a brutal form of martial law and mass detentions.

I have been a Texas Ranger for quite some time, and as such, I am privy to much of what is going on with regard to the Midland Walmart store closing, the presence of ISIS on Texas soil and our preparations to combat an insurgent threat.

I will not give you my rank or location because it would not be safe to do so. It is a waste of time to try and trace the IP#, etc., as I have taken steps to ensure that this note cannot be traced back to me.  I understand and  realize that you seem to have a growing issue with people who will not go on the record with their inside knowledge or first-hand observations, but you cannot understand the pressure and scrutiny that some of us are under. I am taking a big risk writing this email to you.

The main reason that I am writing to you is to encourage you to keep writing on the growing threat of infiltration in Texas and I suspect other states as well. The infiltration I am writing about is not just Special Forces that are going to conducting covert drills in our state. that is concerning and I agree with you this involves martial law.  For now I am talking about ISIS and the danger that they pose to all of us. Our intelligence indicates that they have enough manpower & firepower to subdue a small town. The Midland Walmart takeover by DHS is a national security move in which we have been told falls under the Continuity of Government provisions. The Threat Fusion Centers are providing related information on what it is we are facing but the information sharing is only in one direction and that is very concerning.

We expecting an attack on more than one Texas city or town by ISIS and/or any of their partners. I believe the information to be accurate. However, this makes the covert operations of groups like the Navy Seals and others under JH15 highly suspicious. We do not need the insertion of Special Ops into Texas towns and cities. I think that you are probably right about the intention of arresting political undesirables given what we know about JH15. I am of the opinion that whatever the mission objectives of JH15, they have nothing to do with the immediate threat. Therefore, I do not pretend to understand the full scope of JH 15 because there are unfolding operational details which are almost impossible to reconcile with what I already know to be fact based the evidence for what is going on.

Let me drop a bombshell that I have not seen you address. There are trains moving throughout Texas that have shackles inside some of the cars. I have not personally seen them, but I know personnel that have seen this. This indicates that these trains will be used to transport prisoners of some sort. I know from reading your articles that your default belief will be that these are for American political prisoners and will be transported to FEMA detention camps of some sort. We have been told by Homeland that these trains are slated for transporting captured terrorists, non-domestic. We are not sure we can trust this explanation because Homeland is keeping a lot from us and we are growing increasingly uncomfortable with their presence in Texas.

I wanted to tell also you that we believe that Pantex is a high value target for ISIS and much or our preparation is to thwart any action by terrorists against the facility.  I am wondering how in the hell you figured that out. Someone on the deep inside must be talking with you.

Keep writing Mr. Hodges, you and the underground media are making a difference. As I am sure you know, Colorado announced today that JH15 is suspended in that state. Unfortunately, we do not have that prerogative because we believe that we are under the threat of eminent attack here in Texas.

I do believe the ISIS threat is legitimate. But you are also correct to suspect the motives behind the JH15 drills. They are clouded in secrecy and we have been shut out regarding their operational intent. The people of Texas and all of the United States of America should be pushing back against JH15.

I will support the Feds in their preparation against ISIS. But the moment that this action turns against our locals is the moment I will perform my oath of office. I am not alone in this feeling. None of my brothers trust Homeland. We will have to see where this is going but I have a bad feeling.

DHS Should Not Be Trusted Under Any Circumstances

Nobody, and I mean nobody should trust the Department of Homeland Security. The former head of the East German Stasi was paid $5 million dollars to set up the organization and it was patterned after one of the most nefarious internal police forces in the history of the planet.

We also know that Walmart has a very checkered past when it comes to being loyal to the American people and their liberties. If you recall, the Stasi “See something, say something” program was rolled out by Walmart on behalf of DHS. We know that Walmart product delivery logistics  was changed to match that of the military. And now we see Walmart willingly closing their doors and apparently doing the bidding of DHS. In fact, Rick Cleaves sent me the following reminder of this fact:

Dave, sometime after 911 DHS took over 3 entire floors of the corporate headquarters in Bentonville Arkansas. They have used all the cameras, outside and inside, to gather all the facial images of people in order to be stored in a data base to identify you and me. Probably license plates also.

This fits in very seamlessly for what is occurring now and in the very near future.

A Ray of Hope

Yesterday, it was announced that Jade Helm drills will not be held inside of Colorado. The explanations as to why this decision was made are contradictory and shrouded in mystery. None the less, this action should give rise to the fact that the rest of us need to collectively organize and relentlessly push our local politicians to steadfastly refuse to cooperate with Jade Helm. In fact, any official, or individual who knowingly cooperates with Jade Helm should be viewed as a traitor against the American people and the Constitution.

From the Twilight Zone

Ever since AARP abandoned the welfare of its elderly membership and endorsed the death panels of Obamacare, I have mistrusted the intent of the organization. With the following video, I cast AARP in the same light as I do Walmart and DHS. This is freaky beyond belief.

Under the banner of predictive programming, you have been warned.

It is clear that the ISIS camp identified two weeks ago by Judicial Watch is of concern to Texans in the know. However, the elements of Jade Helm have nothing to with that threat. It is clear that Jade Helm extractions and martial law will follow the coming ISIS incursion and ISIS activities will be used as a cover to begin extractions. If there is another interpretation, I have not seen it. For now, this is the best information we have. Coupled with AARP freaky video, the American people have a lot on their collective plates.