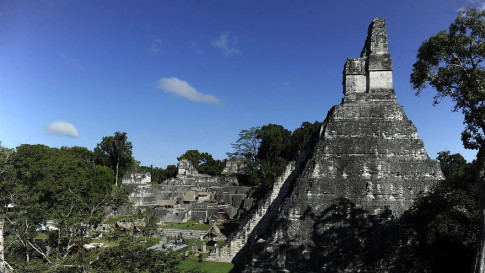 Paying a high price for too many elites and their ‘frivolous cravings’.

Nowadays many countries’ social and political structure relies on debt-driven consumption and increasing levels of entitlements.

Blame the policy makers. To drive economic growth, boost living standards, and manage growing inequality, policy makers have used debt and monetary tools to create economic activity. This has resulted in excessive borrowing and imbalances in global trade and capital.

Governments played a part, too, allowing the buildup of social entitlements to win or maintain office. Private companies also encouraged the growth of employee benefits to avoid immediate pressure on wages as well as boost current earnings and share prices.

But such expensive commitments were rarely fully funded.

Rather than deal with the fundamental issues, policy makers substituted public spending, financed by government debt or central banks, to boost demand. Strong growth and higher inflation, they hoped or believed, would correct the problems.

The current state of affairs echoes Archaeologist Arthur Demarest’s observation about the Mayan civilization: “Society had evolved too many elites, all demanding exotic baubles…all needed quetzal feathers, jade, obsidian, fine chert, and animal furs. Nobility is expensive, non-productive and parasitic, siphoning away too much of society’s energy to satisfy its frivolous cravings.”

Seven years into this crisis, the level of debt in major economies has increased. Global imbalances have decreased, but primarily as a result of slower economic growth. Countries such as China and Germany are reluctant to inflate their domestic economies, moving away from their export-driven model. Major borrowers, such as the U.S., refuse to reduce spending and bring their public finances into order. Enthusiasm for fundamental financial reform has dissipated, driven by concern that lower credit growth will decrease economic growth.

Policy makers refused to acknowledge that available fiscal and monetary policy tools cannot address the underlying problems. They repeatedly use complex jargon, obscure mathematics and tired ideologies to disguise their failures and limitations. Perhaps, as the writer G. K. Chesterton suggested: “It isn’t that they can’t see the solution. It is that they can’t see the problem.”

The resultant loss of purchasing power effectively represents a tax on holders of money and sovereign debt. It redistributes real resources from savers to borrowers and the issuer of the currency, resulting in diminution of wealth over time.

Ultimately, the policies being used to manage the debt crisis punish frugality and thrift, and reward borrowing, profligacy, excess, and waste.

The policies might have been defensible if successful. But evidence to date suggests that policy makers are unlikely to succeed. The Bank for International Settlements and other central bankers now stress the limits to monetary policy in boosting economic growth without addressing the underlying issues.

Ordinary people fear the consequences on their lives from the Great Unraveling. The political and social response is likely to be volatile. It was the fear and disaffection of middle-class citizens who had lost their savings in the Great Depression that gave rise to fascism.

Governments have shown little willingness to inform the electorate about the magnitude of the economic problems, the lack of solutions, and cost of possible corrective actions. Politicians have taken regard of historian Simon Schama’s comment that no one ever won an election by telling voters it had come to the end of its “providential allotment of inexhaustible plenty.” In a moment of unusual candor, Prime Minister of Luxembourg and Head of the Euro-Group Jean-Claude Junker stated: “We all know what to do, we just don’t know how to get re-elected after we have done it.”

Precious political and economic capital has been wasted with inadequate policies that have side effects and decrease chances of a recovery.

For policy makers everywhere, to paraphrase Alexander Solzhenitsyn, the “permanent lie [has become] the only safe form of existence.”