Not much outrage about illegal wars, the Patriot Act, the NDAA, Obama’s assassination program and …. 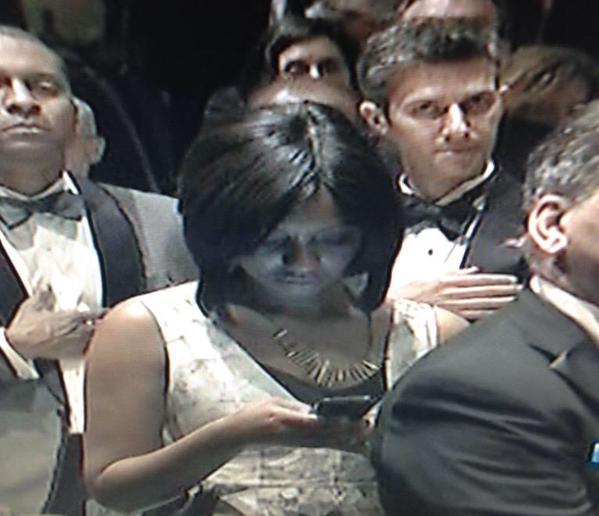 (Daily Caller) – Shortly after President Barack Obama arrived on the stage for the annual White House Correspondents’ Dinner, the band began to play the National Anthem.

First Lady Michelle Obama was seen singing every word as the band played. Everyone on stage including CBS News correspondent Major Garrett, White House spokesperson Josh Earnest and President Barack Obama proudly held their hand over their heart as the anthem played.

Then CNN cameras panned the crowd, showing dinner attendees with their hand over their heart — except for one woman who was buried in her cell phone.